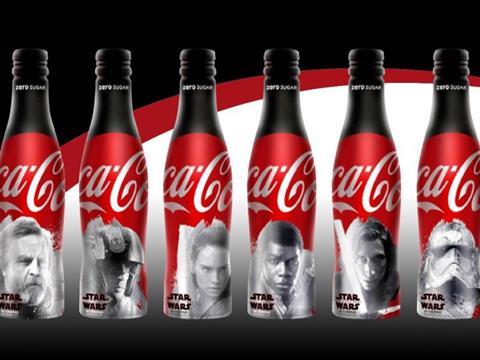 Coca-Cola has teamed up with Ardagh to create the most eye-catching packaging presentation for its limited edition Star Wars: The Last Jedi Coca-Cola Zero Sugar bottles.

These highly collectable bottles celebrating the second film in the Star Wars sequel trilogy are available from selected retailers in the UK, France and Benelux to coincide with the film’s release in December 2017.

Marc Bettinger, Sales Director Aluminium Packaging, Ardagh Group – Metal Division, commented: “It is an honour for us to be associated with one of the most iconic film franchises over the past half century, and to produce another striking limited edition shaped aluminium bottle for Coca-Cola.”