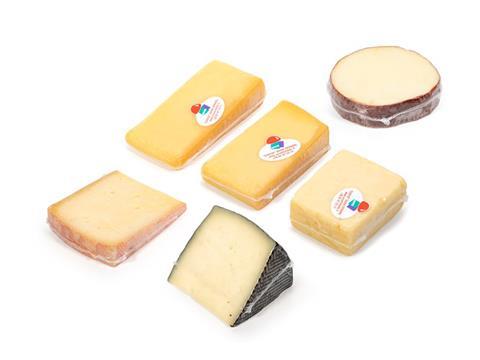 ULMA has made a new addition to its catalogue, a flow pack packaging machine with side sealing and shrink wrap film (BDF) capabilities, specially designed for portions of cheese in MAP for direct sale to consumers.

In the company’s view, this new design, based on the ARTIC side seal machine, ensures airtight packaging and a more visually pleasing end result, without any seals on the cutting side, and makes packs easier to open and with more space for labelling.

In addition, the entire packaging process is designed to optimise the packaging's wrapping material, using a lightweight plastic material – a shrink wrap film that is only 21 microns thick.

Eliminating lengthwise and crosswise seals also provides benefits for labelling, as the two upper and lower sides of the product have no seals, freeing up space for as many labels as necessary. In this seal-free space, customers can include labels that cover perforations, easy-open labels and/or promotional labels.

Regarding easy-open labels, this new packaging format reportedly allows them to be placed in such a way that the packaging is torn open, as far as the lengthwise seal.

ULMA says that its new wrapping machines collect the portions of cheese from the cutting line in a way that is fully automatic and then transfer them to inside the film's tube.

The machines come with a forming mould, which adapts to the size of each portion. It also has a side seal system that removes any excess film, creating a thin seal.

The company also reports that thanks to a cross-sealing system with a long dwell sealing head, the machine achieves highly reliable airtight packaging, with a high level of performance and safety guaranteed.

When the portions are wrapped in film and the packaging has been sealed, they are passed through a hot air shrink tunnel, which gives the packaged product its final appearance.