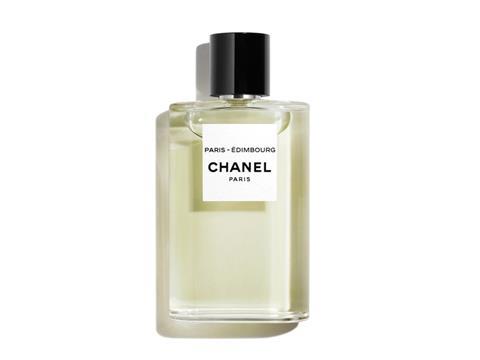 The French fashion house CHANEL has announced that its new LES EAUX DE CHANEL 125ml perfume bottles will be made with a biobased cap developed in partnership with the Finnish start-up Sulapac.

CHANEL first introduced its LES EAUX DE CHANEL fragrance in 2018. The company says it was developed with sustainability in mind, with a thinner and lighter glass bottle meaning it required a smaller volume of raw materials and transport could be optimised.

In addition, LES EAUX DE CHANEL’s corrugated cardboard outer packaging was given a “clean, simple” redesign and made easier to recycle by its lack of lamination or glossy coating, according to the company.

CHANEL was one of the first companies to invest in the Sulapac startup in 2018. Its new cap is the result of a two-year partnership with Sulapac and allegedly over 48 attempts to reach a suitable final product.

The design of the bottle cap was especially important, according to Sulapac, with “every detail” carefully considered in order to meet CHANEL’s research and development standards. This includes the sensory nature of the materials, such as the sound the bottle makes when its cap is put on, its resistance to fluctuations in temperature, and the bottle’s grip. Sulapac says it also needed to account for the matte finish on the “iconic” double C engraving of the CHANEL brand.

Suvi Haimi, CEO and co-founder of Sulapac, comments: “This first product launch of our collaboration with CHANEL, the biobased LES EAUX DE CHANEL cap made with Sulapac material, is a remarkable milestone for us. It proves that Sulapac meets the highest quality standards.”

CHANEL is not the only brand that has incorporated sustainable and smart packaging solutions into its perfume and cosmetics portfolios. Earlier this year, LVMH announced that its Parfums Christian Dior brand will use packaging with 30% certified recycled content for its lip gloss range, while Paco Rabanne has developed a refillable spray cap for its robot-shaped fragrance packaging that connects customers to a unique digital space via smartphone.