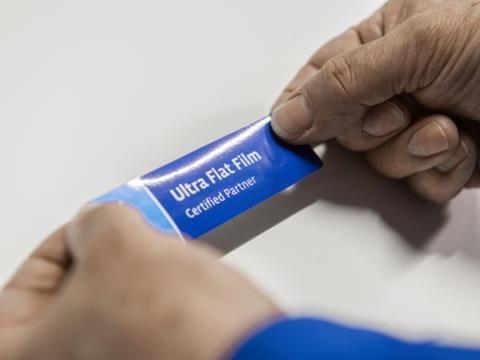 Reduce, reuse, recycle, replace: Reifenhäuser Group will be focusing on these four principles at K 2019 when it presents extrusion technologies which the company says will take plastic as a material into a sustainable future.

Bio-based plastics are a possible approach to using plastic in a more sustainable way. By definition, they must be biodegradable. Some are even made from renewable resources such as sugar cane or corn. There is significant potential for the use of bioplastics, particularly in packaging sectors with a comparatively short service life, such as transport packaging for food or takeaway products.

However, due to its different material composition, a few challenges in manufacturing biodegradable packaging film have emerged, which have been inhibiting market growth – above all, the material costs. Bio-plastics are approximately four times as expensive as PE. In addition, concessions in terms of mechanical properties have to be made with conventional processing methods. The material's lack of stiffness means that the finishing process is longer, for example when manufacturing compostable bio-plastic bags.

"We believe in the future viability of bio-plastics as a real alternative in the circular economy. This is why we have developed Ultra Flat Plus: a solution for our customers that increases economic efficiency and significantly improves processing properties," explained Marcel Perrevort, Sales Director at Reifenhäuser Blown Film Polyrema. Reifenhäuser is currently the only company offering this technology. Using the unique inline stretching unit on the haul-off, a 30 percent thinner film is achieved.

Down-gauging the stillwarm bio-film increases its strength, meaning that the finishing speed also increases – to a level comparable with that of PE films.  High-performance bio-packaging films Stretching the film with Ultra Flat Plus haul-off is more energy efficient, saving users or customers additional resources. "This small upgrade enables high-quality bio-blown films and bio-winding films to be produced with a simple mono-layer line. The tool's control system is very quickly and intuitively integrated into existing processes," stated Marcel Perrevort.

Packaging films are often composed of a laminated composite of PET and PE. The addition of PET provides sufficient stiffness to the film for optimum secondary processing which cannot be achieved when using polyethylene alone. However, this composite is not recyclable.  With its well-known EVO Ultra Stretch, Reifenhäuser Blown Film is now presenting its new solution for processing poyethylene at this year's K trade fair. The film stretching system (MDO) is already being successfully used in plant for breathable backsheet films in the hygiene sector. "The positioning of the MDO in the haul-off unit is a key factor. This is unique on the market to date. The advantage lies in the fact that the plastic can be stretched using initial heat on the four to six-fold extent. This enables us to achieve a much higher process stability and lower shrink values due to the longer cooling path. The result is a recyclable film with improved sealing properties, which can sustainably replace PET," explained Eugen Fredel, Sales Director at Reifenhäuser Blown Film.

The flatness properties of blown film play a crucial part in its processing performance. Things become particularly difficult if a film – made from polyethylene, for example – is meant to be fused with another substrate. In conventional manufacturing processes, typical sagging and flatness defects can be expected as a result of the necessary lamination.

This is where the EVO Ultra Flat haul-off, available since 2016, provides a remedy. The haul-off system enables the manufacture of significantly flatter films, as the film is stretched and smoothed when its residual heat is still above 50°C. This produces outstanding, energy-efficient flatness results that make secondary processing easier. Flatter films achieve higher finishing speeds, require less adhesive in the lamination process, and reduce the edge trimming through improved curvature. The resources saved not only increase economic efficiency, but also contribute to sustainability.

EVO Ultra Flat improves the flatness of laminating and barrier films by up to 40 percent and reduces sagging by up to 90 percent. How does Reifenhäuser know that? Because the film's performance can now at last be measured by a new laser measuring system. The measuring unit precisely records the topography of the fine film web in order to then set the optimum production parameters.

"Until now, each film manufacturer had to rely on the experience and precision of its own production technicians. By developing the laser measurement system, we can offer our customers more process reliability regardless of the operator. The optimization to pre-set parameters happens automatically in a closed control loop," explained Eugen Friedel, Sales Director at Reifenhäuser Blown Film.

Visit the company from October 16 to 23 at the K trade fair in Düsseldorf: Hall 17, stand C22. Gain further insights into extrusion technology at our in-house fair in the Reifenhäuser technology center, Troisdorf on October 17, 21, and 22.