Plastics producers’ participation in UN treaty ‘essential to their survival’’ 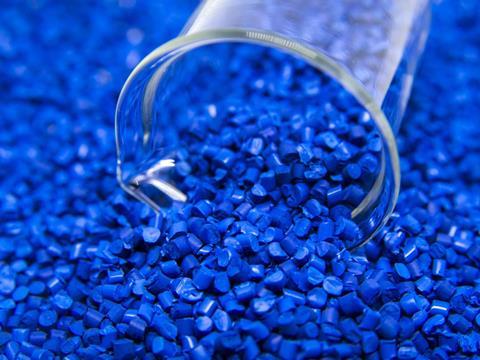 The United Nations Environment Assembly conference in early March (UNEA 5.2) will see world officials meet to negotiate a treaty to tackle plastic pollution. The pre UNEA statement has called for “an ambitious UN treaty based on a circular economy approach to address plastic pollution on a global scale”.

Almost two thirds of UN Member States back a new treaty and UNEA 5.2 offers a “unique opportunity to take substantial decisions on plastic pollution”. The statement makes clear any regulatory measures should cover the whole life cycle of plastics and not waste management issues only.

Plastic pollution is transboundary, impacting environment, society and economy and the response needs to be “holistic and coordinated” the UN says. Among proposed action points are calls for “both upstream and downstream policies that aim to keep plastics in the economy and out of the environment, reduce virgin plastic production and use, and decouple plastic production from the consumption of fossil resources.”

The accompanying manifesto has signatories confirming their role and commitment in the global effort aimed at stopping plastic pollution. The signatories say their targets and voluntary initiatives, such as New Plastics Economy Global Commitment and Plastics Pacts, are not able to solve the issue alone.

The manifesto calls for harmonisation of regulatory standards, mandating the development of national targets, defining common metrics and methodologies, supporting innovation and infrastructure development as the areas in which a UN treaty could bring about the changes needed to create a circular economy for plastics at speed and scale.

Companies under the spotlight

There are over 70 signatories to the statement, including converters and producers (such as Alpla, Amcor, BASF, Berry, Borealis, Greiner), brand owners (such as Coca-Cola, Colgate-Palmolive, Danone, IKEA, L’Oreal, Mondelez, Nestle, P&G, PepsiCo, Starbucks and Unilever) and retailers (such as Carrefour, Schwarz group and Walmart).

The fact that these global organisations and brand owners have joined the call for such a treaty should not come as a surprise. Yet media headlines portray exactly that.

Global brand owners are under the spotlight not only for producing and consuming increasing volumes of plastic each year but also for the plastic waste crisis that the world is facing. Consumers through to legislators are holding producers to account and, despite the pledges, sustainability strategies and voluntary initiatives, their actions are still not viewed as enough.

The call to restrict the growth in production of plastic and reduce virgin plastic consumption is likely to meet resistance from major oil and chemical firms. However, with the increasing push back from consumers and NGOs it would be socio-politically sensitive and challenging to do so. And, ultimately, with plastic production forecast to double by 2050 (according to ICIS supply demand data), substantial increases in plastic waste are inevitable without an immediate and coordinated action plan for plastics’ end of life.

The pre-UN launch of the Environmental Investigation Agency study: ‘Ocean: Connecting the Dots – Plastic pollution and planetary emergency’ claims scientific data show that plastic emissions in the oceans are set to triple by 2040 based on growth in plastics production. “The damage done by rampant overproduction of virgin plastics and their lifecycle is irreversible – this is a threat to human civilisation and the planet’s basic ability to maintain a habitable environment,” the agency says. With such statements continuing to hit the headlines, whether you believe them to have substance or not, the pressure on the plastics industry and call for change will not only continue but intensify at pace.

There is now a Plastic Waste Makers Index, published by Minderoo Foundation. The index identifies the companies that produce the five primary polymers (from fossil fuels) that generate the majority of single use plastic waste globally (which Minderoo estimates at 130m tonnes in 2019), but also the investors and banks funding them.

It is fair to say that the “economies of scale for fossil-fuel-based production are undermining transition to a “circular” plastic economy….. The focus needs to be on producing recycled polymers from plastic waste, on re-use models and on alternative substitute materials.” Some recommendations of this report are in line with many others. To bring transparency to this issue producers should make known their levels of virgin versus recycle polymer production.

There has been an unprecedented increase in demand for recycled polymers from brand owners and retailers due to this pressure. However, supply has not been able to develop at the same pace given the constraints in collection and sorting infrastructures across the globe. ICIS Mechanical Recycle Supply Tracker data shows that recycled polyethylene terephthalate (PET), polyethylene (PE) and polypropylene (PP) capacity is less than 10% of global polymer capacity.

It may be tempting for producers to highlight the shortcomings of the recycle supply chain, or their dissatisfaction with the premium pricing for recycled polymers now spreading across all polymers and geographies, to account for any lack in progress towards their recycled content ambitions.

However, when there is limited investment in the collection infrastructure from this part of the supply chain those same producers may find little sympathy from their critics. There are alternatives such as an effective extended producer responsibility EPR (scheme) which producers and brand owners could support and develop with regulators.

The costs of collection and sorting are not insignificant but desperately needed should the industry want to achieve circularity of plastics. Currently this part of the supply chain is the bottleneck to growth in capacities and, therefore, supply.

Equally, the hard to recycle elements of plastics need urgent review in terms of design for recycle and technological solutions to ensure they become circular or, at the very least, stay out of landfill and the environment.

This is where chemical recycling is viewed as the potential solution to tackle the difficult to recycle plastics and plastics with lower recycle rates, on a large scale. Interestingly this is where investment activity from the brand owners and producers is strongest. This industry is equally dependent on an effective collection and sorting infrastructure to deliver the volumes and grades of waste suitable for the chemical recycling technologies.

Ultimately will these criticisms and recommendations be heard and acted upon by industry? It is clear without an effective unilateral international consistent approach, such as an UN treaty provides, it will be extremely challenging to make progress on tackling and preventing plastic pollution.