PepsiCo doubles down on climate goals, pledges net-zero emissions by 2040 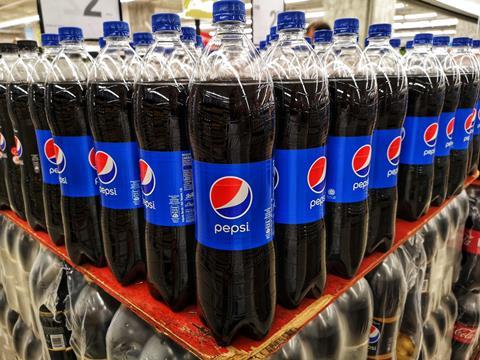 PepsiCo today announced plans to more than double its science-based climate goal, targeting an absolute reduction of greenhouse gas (GHG) emissions across its value chain by more than 40% by 2030. In addition, the company has pledged to achieve net-zero emissions by 2040, one decade earlier than called for in the Paris Agreement.

Specifically, PepsiCo plans to reduce absolute GHG emissions across its direct operations (Scope 1 and 2) by 75% and its indirect value chain (Scope 3) by 40% by 2030 (2015 baseline). This action is expected to result in the reduction of more than 26 million metric tons of GHG emissions per year.

In Europe, PepsiCo has thus far reduced its total emissions by 6% since 2015, and its new emissions reduction plan will focus on priority areas such as agriculture, packaging, distribution, and operations.

In terms of packaging, PepsiCo seeks to lower GHG emissions impact by reducing virgin plastic use and increasing the recycled content in its packs. This includes the recent announcement that Pepsi will be transitioning to the use of 100% rPET in its bottles in nine European markets by 2022.

The company also projects that its “Sustainable from the Start” program, which puts environmental impact decision-making at the heart of product design, will help it to lower emissions.

Through the implementation and upgrading of environmentally sustainable manufacturing, warehousing, transportation, and distribution sites, the company aims to maximise efficiency in its supply chain, while also adopting zero- and near-zero-emission technologies.

Alongside agriculture and internal carbon pricing programs, PepsiCo also plans to work with its suppliers to transition to low and zero-emissions fuel in its logistics, while also expanding its use of AI technology to enable better route planning to reduce emissions in distribution.

PepsiCo’s announcement today aligns with the Business Ambition for 1.5°C pledge and has been approved by the Science Based Targets initiative.

"We congratulate PepsiCo on setting an emissions reduction target consistent with limiting warming to 1.5°C, the most ambitious goal of the Paris Agreement," said Nate Aden, senior associate at World Resources Institute, one of the Science Based Targets initiative partners.

"Companies have a vital role to play in driving down global emissions, and it is encouraging to see major players, such as PepsiCo, taking ambitious action."