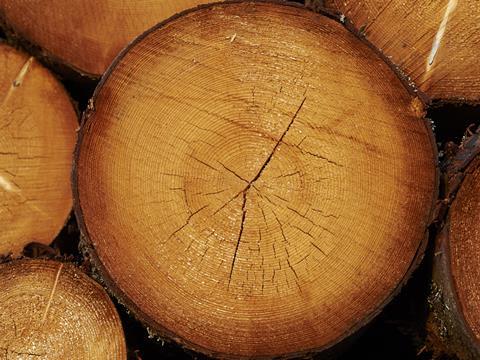 All timber originating from Russia and Belarus is ‘conflict timber’ and therefore cannot be used in PEFC-certified products, the Board of PEFC International has announced.

PEFC, an organisation that certifies wood from sustainably managed sources, says that the invasion is in direct opposition to its core values. It notes that Russian aggression “causes unspeakable and unacceptable pain and death to innocent people, including women and children.”

Beyond the immediate human cost of the conflict, PEFC also believes that it will also have an immediate and long-term destructive impact on the environment, on forests, and on the people that depend on forests for their livelihoods.

The clarification that timber from Russia and Belarus is conflict timber follows an extraordinary meeting by the PEFC International Board to discuss military aggression against Ukraine and its implications for PEFC and PEFC-certified forest owners and companies.

The categorisation of timber from Russia and Belarus as conflict timber follows the adoption of the Resolution on Aggression against Ukraine by the United Nations General Assembly, which “deplores in the strongest terms the aggression by the Russian Federation against Ukraine… [and] the involvement of Belarus”.

The PEFC International Board continues to monitor the situation and will consider additional measures as necessary.

Meanwhile, at the time of writing, rival organisation FSC is yet to issue a statement on this issue. It says it will shortly be making a decision on its certificates in Russia and Belarus. FSC acknowledges that it “cannot play a part in allowing trade in forest products to fuel the war in Ukraine.”

At the same time, it says that it must consider how it can “continue to be a force for responsible forest management in Russia and Belarus – which is [our] mission.”

(Since this article was published, the FSC has clarified its position. Wood and forest products from Russia and Belarus can no longer be used in FSC products, or be sold as FSC certified anywhere in the world, as long as the armed violence continues.)