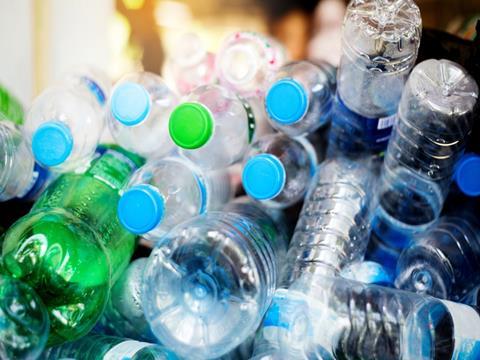 Nozama, a global sustainability technology company, has launched what it claims is the world’s first utility Non-fungible Token (NFT) platform, Plastiks, which aims to connect consumers and produces with recyclers in a bid to improve single-use plastic (SUP) recovery.

The Plastiks marketplace works by allowing global recyclers to turn invoice data into NFTs, according to Nozama. Each NFT created reportedly uses data recovered on a blockchain to clarify that a corresponding amount of plastic has been recovered and not ended up in the environment.

Nozama says that companies and consumer brands can compensate for their waste by buying these NFTs to demonstrate their commitment to sustainability and recycling. This can apparently be used as a marketing tool or loyalty programme to encourage individuals to collect NFTs, with Nozama claiming that the platform enhances the value of recovered packaging.

In addition, the platform creates a more transparent recycling, according to Nozama, and provides recyclers with an additional source of income by minting and selling their recovery guarantee as an NFT on the Plastiks marketplace.

The Plastiks marketplace is aimed at companies, individuals, and NFT speculators, who can operate on the platform by minting, listing, publishing, and trading the tokens. The goal is to connect recyclers with plastic producers and users, while artists across music, painting, photography, and literature are reportedly also encouraged to produce NFTs that are collectable on both artistic merit and environmental grounds.

International recycling firms Urbaser and Plásticos Güell are already listing NFTs for sale, with the latter company having completed the platform’s first NFT sale. In addition, the hotel group, Grup Soteras, has bought ‘THE FOREST’, an NFT equivalent to 0.4 tonnes of polypropylene (PP) plastic.

André Vanyi Robin, founder and CEO of Nozama, comments: “Plastiks is a bridge between plastic recyclers and producers in the ongoing fight to protect the environment.

“We are using NFTs as a utility – breaking new ground to give consumers faith that the end-to-end supply chain is committed to minimising waste.

“This is an innovative, blockchain-powered marketplace which has already attracted significant demand from recyclers and producers, not to mention the artists who have been manifesting their fight against waste for this pioneering venture.

“We hope to expand our network of companies across the globe who are dedicated to reducing the amount of single-use plastic ending up in the environment, while enabling them to demonstrate to their stakeholders that they are fully committed to tracking, measuring and fighting plastic waste.”