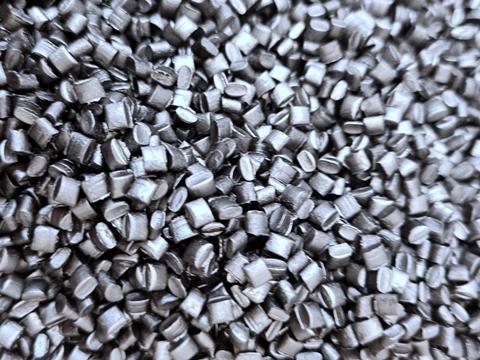 Gerdau Graphene, a nanotechnology company, has created next-generation, graphene-enhanced resin masterbatch formulas for plastics including PP and PE that reportedly increase performance while reducing raw material usage by as much as 30%.

According to Gerdau, graphene – a one to ten atom-thick sheet of densely-compacted carbon that can be modified for various uses, including industrial materials – is considered to be one of the strongest materials on Earth. First discovered in 2004, with its inventors later winning the Noble Prize in chemistry, graphene’s chemical, physical, electrical, thermal, and mechanical properties are apparently in high demand.

Gerdau explains that graphene can be mixed with plastics to strengthen the plastic matrix, making the combined plastic material much stronger. The company adds that graphene can increase barrier properties against liquids and gasses, enhance protection from weathering, oxidation, and UV light, and improve electrical and thermal conductivity. Recent research also suggests graphene provides good antimicrobial properties and is recyclable.

Gerdau is aiming to develop graphene additives for virgin resins, as well as post-industrial and post-consumer recycled plastics and polymers. This includes PP, PE, polystyrene (PS), polycarbonate (PC), and PVC, among others.

The company developed the next-generation graphene-enhanced plastics at a Brazilian government-funded advanced material centre in São Paulo. The masterbatches were created in partnership with Brazil’s EMBRAPII SENAI/SP Advanced Materials Unit, and will apparently be piloted in a series of industrial applications within Gerdau’s factories.

Gustavo Spina Gaudencio de Almeida, technology coordinator at Instituto SENAI Innovation in Advanced Materials and Nanocomposites, comments: “Gerdau Graphene and SENAI are involved in this project to leverage the use of graphene in Brazilian industry, increasing its level of competitiveness in the face of opportunities arising from this global macrotrend.

“The partnership signed at the end of 2021 provides a great opportunity to develop new materials, specifically masterbatches for use in polymers of great industrial application, highlighting the relevance of graphene to the market.”

In 2020, the UK-based company, Toraphene, unveiled a new material that combines biopolymers that apparently compost and biodegrade without intervention with graphene. The company claims that the Toraphene material is stronger, thinner, and less permeable than alternatives due to the addition of graphene.