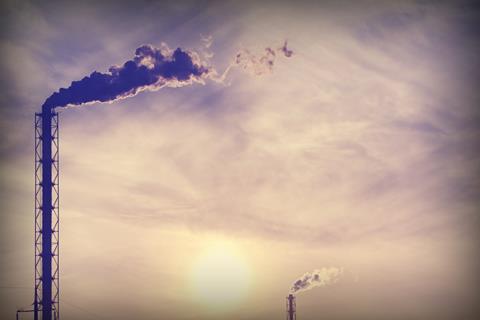 Coca-Cola Europacific Partners (CCEP) has announced a collaboration with the University of California, Berkeley (UCB) which aims to develop scalable methods of converting captured CO2 - initially into sugar, but eventually into packaging feedstock.

CCEP Ventures’ initial investment with UCB will support the Peidong Yang Research Group on foundational research which will focus on enabling the production of sugar from CO₂ on-site and at an industrial level, with the expectation of future investments to drive scale – from lab to pilot phase.

The company hopes that the development of lab-scale prototypes could make the generation of essential raw and packaging materials more sustainable in the long term. CCEP says that it could reduce some of the largest CO₂ contributors in supply chains, while saving material, transportation and logistics costs.

In the longer-term, the organisations argue that this technology could also make the conversion of CO₂ into PET plastic more efficient by reducing the need for crude oil in the manufacturing process and significantly lowering costs.

Craig Twyford, Head of CCEP Ventures at Coca-Cola Europacific Partners, says: “CCEP Ventures is helping us find solutions to industry challenges and provide funding to make these foundational technologies a reality. We’re excited to be involved in this project that could lead the industry in the development of transformational technology capable of converting CO₂ into more complex, usable goods.”

Prof. Peidong Yang at the University of California, Berkeley, adds: “Air to sugar conversion could significantly impact our ability to preserve the natural world. This is a bold scientific vision that would bring immediate environmental benefits, fundamentally transforming the production and distribution of goods across the world.

“We are pleased to be working with CCEP Ventures on research that could make a significant impact on our ability to create a more sustainable future.”

The Peidong Yang Group at the University of California, Berkeley recently received a prize from NASA for a viable prototype for conversion of CO₂ to sugar for potential use on long-haul space missions.