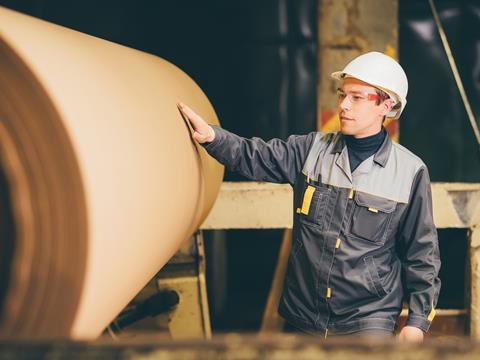 According to the paper, wood-based products are capable of storing carbon and substituting fossil-based fuels and energy; this is one facet of the 806 million tonnes of CO2 that forest-based products, and forests themselves, supposedly offset every year. If trees are harvested before they can naturally decay, it is claimed that the resultant wood can store that carbon for longer, which becomes twice as efficient when the wood is recycled.

Apparently, fully utilising the carbon-positive properties of wood could avoid 20% of all the EU’s fossil emissions. As such, the paper asserts the importance of differentiating between carbon sources through separate certificates, which is thought to further the development of a biogenic carbon cycle. Cepi suggests that this should come under a wider framework to ‘enable the investments needed to reach climate neutrality’.

The company also believes that the paper and pulp industry plays an important role in building a biogenic carbon cycle through its value chain, and that bio-based industries should be acknowledged in the EU’s global climate policy, furthering consumers’ access to home-grown materials.

Current certification systems cover afforestation and reforestation projects, the paper says, and while such damage control is thought to be important, it does not solve the issue of delayed emissions in other sectors – a problem that Cepi aims to solve.

“Sustainable biogenic carbon cycles are already intrinsically embedded in the activities of our industry’s value chain,” says Jori Ringman, general director at Cepi. “There is the potential to scale up, and biogenic carbon has inherent advantages, notably in substituting emissions from fossil sources. EU policy should favour biogenic carbon.”

The paper follows Cepi’s previous criticism of the EU for its ‘contradictory’ changes in legislation, which it felt would ‘undermine efforts to maintain forests as sustainable assets for the pulp and paper industry’.

Manon Aubry was similarly critical of the EU’s conduct at the recent Debate on the State of the European Union, arguing that its trade agreements with distant countries would only increase carbon emissions and generate packaging waste in all sectors.

However, McKinsey has previously argued that HDPE bags generate 80% lower greenhouse gas emissions than their paper alternatives due to their lighter weight, and although paper bags are recycled more frequently, they emit more methane in landfill.