Looking back at Pharmapack Europe 2020 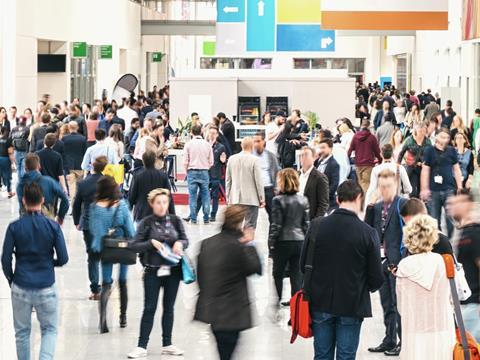 This year’s Pharmapack Europe event explored the key trends that are projected to have an impact on the pharma packaging industry in the coming year.

Improving adherence to medication via smarter, patient-centric pharmaceutical packaging and extracting further value from existing medicines and delivery devices are two of the latest key strategies aimed at reducing waste and protecting the bottom line, according to experts at the recent event. The event played host to a record 411 exhibiting companies, 5366 attendees and 325 delegates.

This year’s edition, which took place on February 5-6, featured many innovations as well as novel drug delivery solutions, with waste management, connectivity and patient centricity being some of the key themes throughout this year’s edition.

A “who’s who” of pharma packaging and drug device innovators exhibited, from Aptar, SHL, Stevanato Group and BD to Nemera and West Pharmaceutical Services – with several major new technologies and partnerships announced. But, some of the most promising innovations were presented by emerging companies in the Start-Up Hub – with technologies featured from AI development platforms through miniaturized/non-intrusive sensors, to vial/ampule combination devices and smart packaging.

The conference played host to four themed content sessions, while learning labs and several educational and interactive workshops explored major industry changes that lie ahead. Aurelio Arias, Engagement Manager at IQVIA suggested during his session that “the future of Value-Added Medicines is not just driven by deeper Insights and data capture, but we will also see gamification transforming engagement of therapies”. Arias added that “while patients are concerned about the security and the custodianship of their data”, they are still actively using connected devices. As a result, the natural evolution of this trend could be that healthcare companies will increasingly incentivise better compliance through gamification.

However, it was argued that one area in which connected devices perhaps lag behind other areas of pharma packaging and devices is environmental impact. Gregor Anderson, Managing Director at Pharmacentric solutions believes that the industry still has a long way to go when it comes to their sustainability, commenting on “the duality of connected devices”. On one hand, Anderson said that they present an exciting field of new possibilities, but on the other, he reportedly claimed that we have not yet “fully married them with our sustainability goals”.

In the “Challenges In Drug Delivery For Biologics” session, experts agreed that combining biologic drug and device development while meeting regulatory standards is a significant learning curve for the industry. Overall, drug delivery was seen as increasingly integral to the growth of the biologics market, with patient centricity an essential component in adherence. In the short term, this is projected to push manufacturers to provide better devices that ease the patient experience. But, in the long term, experts postulated that connected devices will play a major role in the advancement of the biologics industry – with increasing levels of vital data on how devices are used post-launch.

In the “New Horizons In Innovation” session, Marc Rohrschneider, Head New Technologies, Device Development and Commercialisation at Novartis AG predicted that with pharma now having access to technology to connect boxes, vials and devices to networks, the next decade is not about technology challenges. Instead, he claims, it will explore how the industry safeguards data, and ultimately, who is its custodian. Blockchain is another industry buzzword of the last year, but experts at Pharmapack point to the improved accountability it could provide in pharma supply as its most immediate use, rather than in securing patient data. “You should think of it as the most secure audit trail you can have. Immutable, temporal and despite what many have said, scalable,” commented Jason Lacombe, Chief Executive Officer, Veratrak. But the key to delivering on its potential is reportedly for pharma and tech communities to work together more closely to deliver over the hype.

Pharmapack Europe 2021 will return to the Paris Expo, Porte De Versailles in Paris between January 27 & 28.