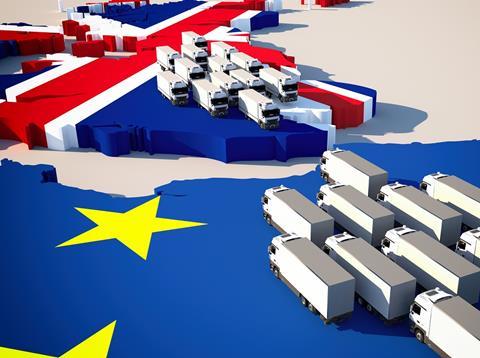 Boris Johnson has officially been announced as the Tory elected, UK Prime Minister.

Within his acceptance speech, the new PM surmised he will “get Brexit done by 31 October”, and on previous occasions has breezily insisted that the UK will leave the EU without a deal by this deadline, rather than postpone Brexit once again.

His cavalier campaign in the run-up to the election omitted to share concrete guidelines or policies with the general public to support this stance.

And remarkably, during a final hustings debate of the Tory leadership contest, Boris Johnson highlighted his lack of understanding of packaging regulations with a red herring, blaming EU regulations for a kipper wrapped in a plastic ice pillow from the Isle of Man. The stunt backfired, as Johnson argued, “Brussels bureaucrats insist each kipper must be accompanied by this – a plastic ice pillow.”

Responding to Johnson’s claims, an EU spokesperson states, “…the sale of products from the food business operator to the final consumer is not covered by EU legislation on food hygiene. The case described by Mr Johnson falls thus purely under UK national competence."

This gaffe adds to the canon of fake news and disregard of facts swirling around the Brexit debate that has been raging for years. But on a more serious note, how can packaging  highlight real concerns that exist on a monumental scale?

Rising up to address escalating concerns, key industry players in the packaging sphere aim to fill in the vast gaps - just one crucial sector of the UK’s industry that may be greatly affected by this risk-filled strategy. Our catechism of one sector reflects the snowballing and therefore potentially detrimental effect of a no-deal Brexit across business.

A British Plastics Federation survey shows that a shocking two-thirds of plastic companies are worried about the prospect of a no-deal Brexit, believing it would negatively impact their business.

“We are the third largest manufacturing sector by employment in the UK. We see a no-deal Brexit as a dramatic act of self-sabotage that will have long term negative impacts on the plastics industry which otherwise has great potential for job creation and global business development.

The Chemical Industries Association pleads for the government to work alongside businesses, stating “Securing a Brexit deal with the European Union in the coming months will, we believe, fundamentally strengthen the chances of that growth and prosperity happening, so we urge the new Prime Minister and his government - along with EU27 governments - to work constructively and urgently to avoid a no deal outcome by the end of October.

“Frictionless tariff free trade, regulatory consistency and access to skilled people remain the chemical industry’s priorities right across Europe and delivering those outcomes will help remove the damaging climate of uncertainty and inject some much needed business confidence in terms of trade and investment.”

The chemical and pharmaceutical industry adds £18 billion of value to the UK economy every year from total annual turnover of £50 billion. The products and technologies of the chemical industry are essential parts of medicines, packaging, food & drink, telecommunications, energy-saving, I.T, clothing and much more.

The incoming head of the European commission, Ursula von der Leyen, underlines there are “challenging times ahead”.