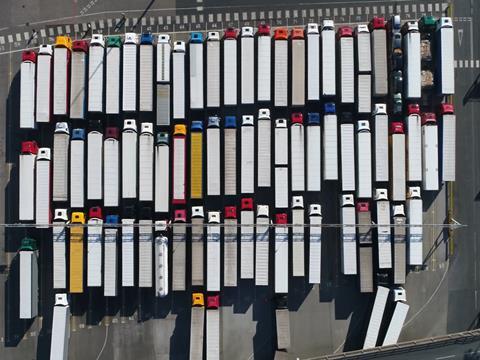 2021 is coming to an end. We are almost a year into Brexit, and it’s safe to say that a lot has happened since the process began. An increasing number of companies are getting used to the new situation and can trade between the European Union and the United Kingdom, but many still have no clear picture of what they need to do to make these efforts successful.

Frank Weermeijer, group CEO at Customs Support, identifies three key things that companies should be aware of when exporting to the United Kingdom.

We saw in the first months of Brexit, and what we are still seeing, is that many companies don’t have complete insight into their supply chain when it comes to the origin of goods. Origin is essential as it determines, for example, the import duties that need to be paid. Origin also determines what documentation you have to submit to import or export your goods.

In particular, companies that were used to only doing business within the EU are running into this problem. Suddenly they need to prove the origin of their goods when they export to the United Kingdom. And there is another issue: import duties.

Companies should review the Incoterms under which they sell to customers in the UK. Two Incoterms may lead to issues: Ex Works and Delivered Duty Paid.

If you sell Ex Works to a company in the United Kingdom, you don’t have to deal with customs yourself. But you may be causing a big challenge for your UK customers. They need to be established in the European Union to be able to enter into an agreement with a customs agent for direct representation. Most customs agents are not willing to issue customs documents without an agreement direct representation.

If you sell Delivered Duty Paid, you will face a similar problem as your UK customers with Ex Works, only the problems will occur in the United Kingdom. You will need to be registered in the United Kingdom to be able to enter into an agreement for direct representation.

We advise EU companies to no longer use Ex Works or Delivery Duty Paid when trading between the European Union and the United Kingdom, if they are not registered in that country.

Companies exporting to or importing from countries like China or the United States are used to their goods being on a ship for weeks. That leaves plenty of time to arrange the documentation needed to import the goods once they arrive.

Companies exporting to the United Kingdom don’t have this luxury. The distance between the EU and the UK is so short that there is no time to create additional documents. You need to have all documents in order before the goods leave the European Union.

Customs rules and regulations can sometimes be complex, while non-compliance can lead to delays or even fines. Whether it is determining the origin of your goods, the classification of your goods, or getting the correct documentation and permits in order, make sure you know what you are doing. When in doubt, contact a customs specialist. They have extensive knowledge and experience and can help you with importing and exporting a shipment without issues. Let them take the load off your mind.