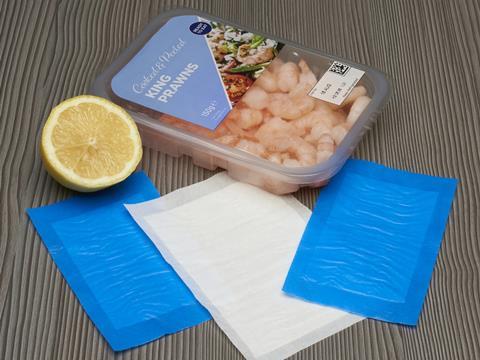 Elliott Absorbent Products has developed a range of sealed edge absorbent pads for fresh meat and fish, which it claims has the lowest carbon footprint of any high absorbency pad on the market.

According to the company, the UniDry range, which is already being used by three UK supermarket chains, uses 50% less material than traditional pads while also being more effective. In this way, EAP hopes to help customers to achieve environmental compliance, as well as make major reductions in their packaging and cut emissions from transport and storage.

The UK-based company says UniDry, which has been in development for several years, utilises a proprietary “Infinity Core” that gives blood and water absorbency of between 7.5 litres and 26 litres per square metre.

Tests have reportedly revealed that UniDry uses half the cellulose and plastic required to make traditional pads and, due to its thin construction that the solution can cut emissions from shipping miles by 66%, compared to traditional airlaid pads.

Matt Hankins, managing director of Elliott Absorbent Products, says: “UniDry is a major innovation, we are doing more with less and providing customers with a product that improves absorbency and shelf-life and boosts their sustainability performance.

“Existing airlaid pads are bulky and dusty with poor yields. The UniDry range will replace airlaid and SAF pads for absorbencies between 7,500ml – 25,000ml (water/free swell).”

The company reports that absorbency tests with a major supermarket have shown that compared to a traditional pad, UniDry was 45% more absorbent when used with a typical 600g lean beef joint, 90.5% with a 1.3kg piece of topside and 278% more effective with a 135g venison steak.

Hankins adds: “These results are outstanding. We have already had lots of interest from UK meat processors and supermarkets who are keen to upgrade. We aim to expand our customer base across Europe and beyond where there is a huge untapped market.”

UniDry is available in both pads and reels, white as standard with other colours upon request. The range has full EU migration conformance and is manufactured at Elliott’s factory in the UK.