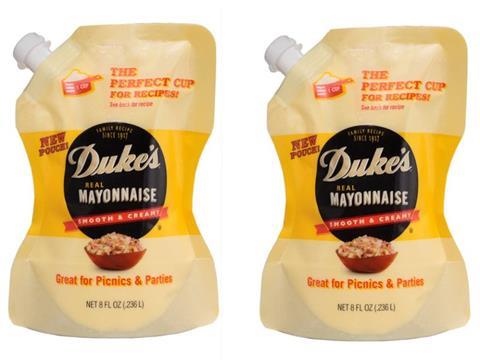 Cincinnati-based packaging manufacturer ProAmpac was recognized with two 2017 WorldStar food-category awards from the World Packaging Organization (WPO) during an awards ceremony being held in conjunction with interpack.

The awards were distributed during the WorldStar ceremony being held in Dusseldorf. Visitors can see these innovations at the ProAmpac exhibit: Hall 9, E.28 / F.27

ProAmpac is being recognized for:

• A Duke’s® Real Mayonnaise squeezable stand-up pouch, which celebrates its 100th birthday this April. Duke’s® is manufactured by The C.F. Sauer Company, a top producer of dressings, sauces, spices, and flavoring extracts, based in Richmond, VA. and

;• A container for Germany’s JANS Marinade, a new company launching an entirely new barbecue concept: marinades that don’t dispense at all. Slide fresh meat into the pouch, zip it tight, and let the food assimilate the deliciousness. No muss, no fuss.Breaking the Mold & Dazzling CustomersWorldStar is the “pre-eminent international award in packaging,” demonstrating “the continual advancement of the state of packaging design and technology,” says the WPO.

Mayonnaise and marinade, according to industry surveys, have climbed the popularity curve in recent years. Mayo has overcome ketchup and marinades are on a double-digit growth curve among at-home cooks. “We’re helping our food-product customers stay at the top of the trend curve,” says Grose.

How do they do that? Through packaging innovation. “At ProAmpac, we’re about advances that provide better at-home product storage, consumer convenience and support sustainability,” said Sal Pellingra, VP of Innovation and Technology.

ProAmpac promises customers that its Cincinnati-based Design and Sample Lab (DASL) will give them “dazzling results” – packaging that disrupts tradition and gives their products a leg up over competitors still using jars, cans and bottles.

A First for MayoIn a first for mayonnaise in the United States, which is traditionally packed in rigid containers, Duke’s new 8 oz. stand-up pouch is shaped like an hourglass to accommodate small hands; sized to fit refrigerator-door shelves; and boasts an easy-to-open-and-close flip-top spout that locks out of the way and thus cannot be lost during food preparation, eliminating messy cleanup. Environmentally, it uses 95% less packaging by weight than a plastic PET bottle, giving a higher product-to-package ratio than other packages. The pouches, which arrive at the plant as plastic rolls, reduce the energy costs of transporting empty containers; and consumers get close to 100 percent of the mayo out of the container, increasing convenience and reducing waste.

No-Mess MarinadeDry marinades require adding liquid and time for preparation. Both dry and liquid marinades also require a container for the marinating. Both bring on consumer complaints about messy clean up and the possibility of ending up with crusty marinade and meat.The compact pouch, made for the Jan Zidek firm, and sold in German grocery stores, comes filled with nearly 7 ounces (200 ml.) of liquid marinade. When the new high-barrier, stable shelf-life laminate pouch is unfolded, its sealed zipper allows the cook to slide over 2 pounds (1 kg.) of fresh meat into the flexible container for up to two hours prior to grilling.