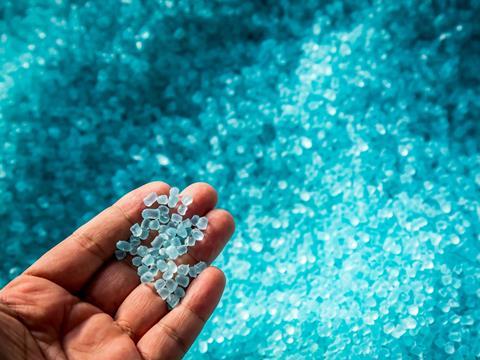 A guide to polymer terminology in the packaging industry

From bio-based and plant-based to biodegradable and compostable, there are many classifications ascribed to plastics in the packaging industry. These numerous classifications are used often, but many consumers — and, indeed, many packaging companies — do not completely understand what each phrase means. Here, Dr Ashlee Jahnke, director of research at natural polycarbonate research company Teysha Technologies, explains the classifications and sustainability of plastics in packaging.

Although much of the world has switched on to the plastics problem in recent years and conversations have started at all levels, from consumers to policymakers, many terms in this conversation still spark confusion. Labels such as ‘bio-based’ and ‘biodegradable’ seem relatively easy to understand, but these terms are deceptively vague and loosely-defined.

Take bio-based plastics, for example. We can also describe them as biopolymers, or even more specifically depending on their feedstock, such as being starch-based or cellulose-based. Then we must account for the loose definition by which plastics are considered bio-based; the term is applied if even a minority part of the chemical base is derived from biological sources.

Polyethylene terephthalate (PET) is a prime example of this. Bio-PET is one of the most popular bioplastics used for bottles, as well as microwaveable containers and cosmetic packaging. However, less than one-third of Bio-PET derives from bio-based sources. The majority comes from terephthalic acid (TA), or TA-derived chemicals such as dimethyl terephthalate (DMT). TA is an industrial chemical that is synthesised from the hydrocarbon p-xylene, which is produced using petroleum.

When such materials are classified as bioplastics, it’s of no surprise that there is confusion around terminologies in plastics. In fact, in a recent survey and report by Green Alliance, a retail company noted that, “When we talk to consumers, they’re hugely confused about what biobased, compostable and biodegradable mean.” There are concerns that such confusions could lead to mismanagement of waste packaging, and there is a need for packaging providers to offer clearer instructions.

Before that, however, packaging companies must fully understand the plastics they are selecting and using.

Bioplastics, or bio-based plastics, can most easily be defined as plastics that are made from biological material feedstocks rather than petroleum. However, this doesn’t inherently mean that these plastics are environmentally-friendly or sustainable, as our Bio-PET example shows us.

There are various types of bioplastics, from starch-based polymers such as polylactic acid (PLA) to microbial-created polyesters such as polyhydroxyalkanoate (PHA). Each type has its own strengths, shortcomings and suitable applications. As such, there are no general rules that can apply easily to all biopolymers — which adds to the complications for packaging companies.

A core part of this complexity is what happens when a bioplastic is to be disposed of. For bio-based alternatives to fossil-based plastics, such as Bio-PET, it is easy to recycle these in the same streams as their petroleum-based counterparts. Other bioplastics, however, will need to either be incinerated, disposed of in landfill or sent to an industrial composter.

Because bioplastics is a diverse classification, it’s a given that the term encompasses a wide range of properties. Historically, manufacturers and packaging companies have held a somewhat negative view of bio-based plastics. There was the belief that these materials lack the required versatility in their mechanical, chemical and thermal properties to properly substitute conventional plastics. However, developments in bioplastics have dispelled this myth, and bioplastics are actually highly-versatile in performance.

As the name suggests, biodegradable plastics are polymers that can degrade in natural environments, within a reasonable timeframe, and can reduce to base materials without harming the environment.

The key phrase here is “within a reasonable timeframe”. Theoretically, all plastics can degrade abiotically in natural environments through prolonged exposure to factors such as ultraviolet radiation and oxidation. However, these plastics fragment into microplastics rather than degrade to base materials.

Truly biodegradable plastics will degrade in three stages: biodeterioration, biofragmentation and assimilation. First, the material deteriorates, and its physical, mechanical and chemical properties are modified. Then, chain scission will break the bonds of the material, causing it to fragment into smaller units such as monomers. Finally, these fragments are safely consumed by microbial life over time.

Polybutylene adipate terephthalate (PBAT) is the prime example of such a biodegradable fossil fuel-based plastic. It is a copolymer — a polymer derived from several species of monomer — that is generally synthesised from 1,4-butanediol (BD), adipic acid and DMT. BD is produced using petroleum-based chemicals, and adipic acid has traditionally been produced from similarly petroleum-reliant chemicals.

Despite this, PBAT is used as a biodegradable alternative to low-density polyethylene (LDPE) as it boasts similar properties, but can mostly degrade within 90 days of exposure to natural environments. Of course, this degradation process may involve the release of potentially harmful TA compounds into ecosystems. Nevertheless, PBAT’s ability to biodegrade has led several organisations to group it in with bioplastics, such as in WRAP’s plastic packaging report.

In any case, biodegradable plastic packaging must be clearly defined for consumers. If packaging companies do not adequately outline how consumers are to dispose of these plastics, they can end up in common plastic recycling — which causes problems during the recycling process.

Fortunately, compostable plastics are easier to define. For a plastic to be classified as compostable, it must be able to degrade into a compost residue that is not damaging or identifiable as a plastic. The key difference between biodegradable and compostable is that the latter is driven by human intervention, whereby industrial composters create the required conditions.

For a plastic to be legally defined as compostable, it must also meet a certain set of requirements. In Europe, compostable plastic packaging must comply with EN 13432 standards. As European Bioplastics notes, “EN 13432 requires the compostable plastics to disintegrate after 12 weeks and completely biodegrade after six months. That means that 90 per cent or more of the plastic material will have been converted to CO2.”

Packaging companies face an additional challenge, however. Plastics for packaging require a very specific set of properties depending on their application, so a lot of plastic packaging consists of layers of several polymers to get a desired performance. This makes the recycling of these materials a challenge; one that certain recycling plants are still not fully-equipped to deal with.

This will be an ongoing problem, unless there is some uniformity in the polymers selected for these applications. If each polymer layer is compostable or biodegradable, for example, then the problem is effectively solved. It’s then just a matter of ensuring that compatible biodegradable polymers exist which offer the required performance.

Navigating the world of bioplastics, biodegradable plastics and compostable plastics can be a minefield for packaging companies and consumers, alike. There are a lot of ambiguous terms and grey areas, but the first step is understanding them. Going forward, there is now a pressing need to find a material that meets requirements at each stage of the packaging lifecycle. But, fortunately, this won’t be so complicated.