How to work towards sustainable plastic packaging in an economic crisis 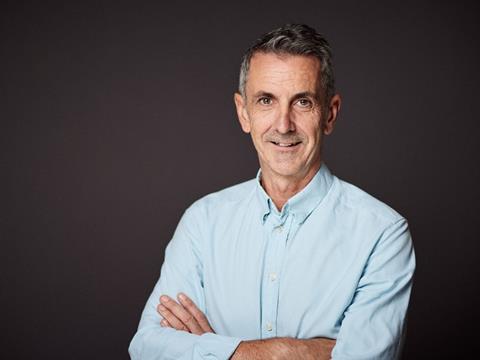 With many parts of Europe facing a cost-of-living crisis, Andrew McCaffery, global EPR director at Ecoveritas, argues that we should prioritise the planet over saving money in the short term. He tells us about the financial benefits of recyclable packaging, holding suppliers accountable for unsustainable practices, and the monetary incentives that might change consumer and company behaviour where legal ones fall short.

Keeping your word is important. How do you feel about someone who says they will do something and doesn’t do it?

Plastic pollution is a huge problem – a common concern of humankind. The global campaign to gain control of plastic waste and change how we produce, use, and dispose of plastic, is one of the fastest-growing environmental causes ever mounted.

Benjamin Franklin said, “By failing to prepare, you are preparing to fail,” and as the old British Army adage goes, “Proper preparation and planning prevent poor performance’. Now is not the time to alight from our transition from a linear “take, make, use, throw” economy to a circular model.

Until we know what the UK’s new prime minister Liz Truss’ tenure will look like, it is hard to know what the future of Resource and Waste Strategy-related initiatives will look like in the UK. Ecoveritas is clear, though: there should be no deviation from the government’s 25-year environment plan, or the polluter pays concept to drive planned Extended Producer Responsibility (EPR) reforms. Even in the face of a cost-of-living crisis, it would be a hammer blow that must be avoided at all costs.

Ignore the war of words between the Food and Drink Federation (FDF) and the government on the gravitating merits of EPR. It won’t exacerbate the cost-of-living crisis. The companies who put packaging on the market pay instead. If they use less packaging or make recycling more straightforward, it will cost them less.

When discussing EPR from a Eurocentric viewpoint, we must remember that most countries opted for a tax-based system, where the money raised goes directly into the system. Our market-based system leans heavily on reliable and transparent data to avoid market volatility and bases its fees on mandatory recyclability criteria designed by the scheme administrator. It is fair to say this is more than a leap of faith in our packaging data infrastructure.

Data is the beating heart of this transformation: a mix of taxation to encourage sustainable packaging development, transparent reporting of quantified targets, a strong focus on citizen behaviour change, and support for local authorities and waste collectors to develop and maintain infrastructure.

Unfortunately, in the last few years, the UK market has been highly volatile, which shows the urgent need for reform of the Packaging Recovery Notes (PRN) system and increased scrutiny of submitted data and quantities of materials being collected and reprocessed.

More accountability for how revenue generated by the PRN system is spent will be needed to ensure the market-based system survives in the long term. While some have been concerned about rising PRN prices in recent months, the main driver behind the UK achieving its recycling rates was the investment in waste management from central and local government, along with the landfill tax escalator. The new EPR systems must replace this money in local government and there must be a tax on EfW.

We need to develop a system that creates accountable funding for local authorities. Although complex to achieve, greater data transparency and a floor and ceiling price cap on PRNs should go a long way toward stabilising the market and funding much-needed investment in infrastructure development.

Designed to change behaviour and encourage the use of recycled content, the Treasury’s flagship Plastic Packaging Tax (PPT) is payable by UK businesses that, over the span of 12 months, manufacture or import 10 tonnes or more of plastic packaging that does not include at least 30% recycled plastic.

At Ecoveritas, we interact with thousands of businesses of all sizes, and it has been clear that many are still struggling to understand the legislation. Despite the overwhelming masses of guidance issued by HMRC, the legislation is complicated. Businesses are confused about the scope of the tax, but those that ignore it may be in for a nasty surprise.

Such is the data burden facing time-poor businesses that many now opt to pay the tax as it is cheaper than gathering the evidence; hence we already see misrepresentation of the demand for recycled polymers. The evidence collection must be simplified to encourage full participation.

The challenge we often see at ground level is that the different players in the packaging supply chain tend to operate in silos, resulting in them becoming internally optimised without consideration for – and even at the expense of – other operations.

We’d love to say that most brands, retailers, and suppliers surpass their recycled content, recyclability, and reduction targets; that they are ready to eliminate plastic from their packaging entirely and work with suppliers to innovate for renewable or compostable alternatives. Sadly, this is not the case.

We recently highlighted the proactive steps Boohoo Group has taken as a positive example. Whether your priority is to reduce the plastic in packaging, increase the recycled content, or even figure out where to start with plastic packaging, it begins with opening a dialogue with suppliers. This catalyst sets everything else in motion, from conveying accurate information about degradability and recyclability to tackling waste, increasing recycled content, and collaborating on solutions to reduce plastic use.

Suppliers must be consistently accountable for providing accurate packaging composition data and fulfilling commitments to reach specific goals. Only then can brands and retailers make substantial, evidence-backed claims about packaging and be ready to face up to the realities of the UK plastic tax.

The packaging sector has made enormous leaps forward in terms of sustainability, but it is apparent that there is much further to go. We must face how interconnected the problems are and recognise that plastic isn’t just an isolated problem but simply the most visible product of our past half-century of consumption.