Are designers truly responsible for 80% of a pack’s environmental footprint? 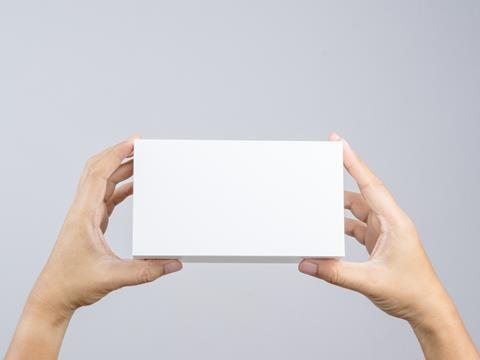 The statistic that design is responsible for 80% of a pack’s footprint is frequently cited across the packaging value chain. But where did this figure come from, and how much faith should we really put in it? According to Paul Foulkes-Arellano, founder of Circuthon Consulting, it’s time to bust this myth and reveal the truth.

The much-repeated claim that 80% of a product’s environmental impact over its lifecycle is determined during the design phase needs to be questioned. Over the last few months, I have spoken to industrial packaging designers both in creative agencies and in-house who very much dispute this figure.

We can see this same claim expressed on the Ellen Macarthur Foundation website (much cited as THE source), linking design to the elimination of waste. Suggesting that 80% of the waste question can be addressed by design.

“While recycling is undoubtedly a necessary component, we need to ensure that products and materials are designed, from the outset, to be reused, repaired, and remanufactured. It’s the consequences of decisions made at the design stage that determine around 80% of environmental impacts.”

So many press articles and seminar speakers trot out the idea that 80% of the waste equation is within the power of the designer to control. It’s like they’ve never worked on a design brief, or seen a project go from design to manufacture. 33 years after I first stepped into a packaging factory, I just don’t know why so many people blithely accept and spit out this percentage at every opportunity.

Where did this claim originate? What is the actual empirical evidence? For the percentage of the impact determined by decisions in the design phase, and for the percentage that is actually within the power of a designer to influence?

It appears that this wording (or concept at least) comes from the Design Council Annual Review 2002 published in London that year. UK recycling twenty years ago (particularly of plastics) was a pale shadow of what it is today. So how has this stat become so associated with the design and recycling of plastics packaging? Also, where and how did the Design Council calculate that only 20% was due to other factors? The mystery deepens.

In fact, this percentage 80:20 seems to be a reformulation of the Pareto principle (also known as the 80/20 rule): a phenomenon that states that roughly 80% of outcomes come from 20% of causes.

Some have speculated that it was derived by the Design Council writer from a 1970s claim that in engineering design 80% of costs are determined by design decisions. Now that makes more sense. Design decisions have an enormous influence on cost, but may have little influence on environmental impact.

b) Lack of processing capacity

What is the poor designer expected to do? What if it’s a medical device destined for incineration? What if the product rots unless the packaging is design to protect it (and not optimised for recycling)?

The exhortation to “design for recycling” is a nonsense for many designs regardless of its ubiquity as some kind of packaging wisdom. It doesn’t consider the consequences of any post-design decisions made by procurement, operations, management or supply chain.

Added to that, new products can fail in the market for many reasons, whilst the earlier more polluting iterations survive. This is way beyond the scope of design decisions and calls into question the environmental cost calculation. It’s easy to identify a vast number of contradictions that suggest the 80% environmental cost theory is naive at least; or a massive excuse for lack of recyclability at worst.

I have carried out a search for many weeks to see if there is any factual evidence to support this recurrent “80% of pack’s impact” motif. I cannot find one piece of evidence to support it. Nothing mathematical, no calculations, in fact, nothing at all.

There are no excel sheets, no LCA studies, and no illustrated case studies.

So who is responsible for 80% of the environmental impact? Packaging designers feel they can improve the impact, but have little influence over what goes out to market in many cases. Line efficiencies cannot be met, procurement is unable to source what is required, management wants limited changes….

So compromises are made, major compromises, and what is launched may actually have a more detrimental effect. Ultimately marketing teams make big decisions based on consumer feedback and research. How many times have packs had to be made bigger and bulkier because of “size impression” results during qualitative shopper research?

The 2002 Design Council Annual Review is in fact missing in action: 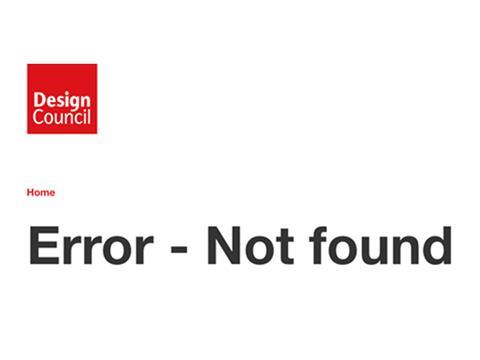 WRAP, a UK charity focused on waste and resources, has a slightly different, more credible interpretation of the motto:

Note the word “influenced”, not determined nor decided, but influenced. That subtle change in terminology makes a huge difference. However, there is no link to the source, no citation. It’s this 80% figure floating around with a life of its own, and no-one admitting responsibility for the diligent study and extensive peer review which led to this percentage.

So, what’s the truth? Nobody knows. Right now, depending on the project it could be anywhere between 0-100%.

No-one should underestimate the importance of the genuine answer in a world where the climate crisis is hitting all continents. It is worthy of study, dissemination and debate. But WHO is going to do that? Thousands of bodies all over the world are printing and repeating a falsehood, fashioned from a corpus of non-existent research. Surely it’s time for someone to do the actual work and tell us the answer. Important decisions can be skewed by unreliable stats, and this is the least reliable of all. It’s a fiction.

In March 2020 Paul founded Circuthon Consulting to accelerate his work on sustainability and circular economy projects across the globe. His areas of expertise are raw materials, food & beverage, apparel, and footwear. His particular focus is NextGen fibre recycling, composting, biomaterials, and new material development. Much of his work consists of mentoring businesses in the supply chain and disposal chain on reuse and novel materials.