Aluminium and the energy crisis: Is it time for politicians to step in? 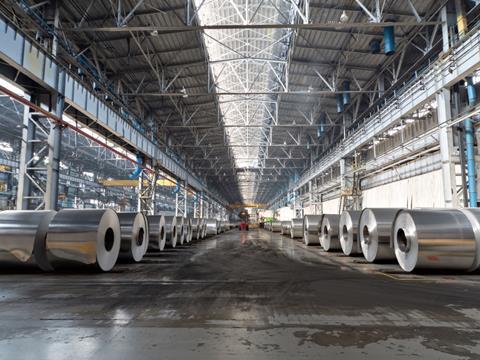 Aluminium is one of many industrial sectors suffering under the weight of rising energy prices. Rob van Gils, CEO and managing partner at Hammerer Aluminium Industries, talks to us about tackling the crisis on an industrial and political level, and whom he feels is responsible for leading the effort.

For context, could you introduce yourself, talk a bit about your background, and tell us about the key responsibilities of your new role?

I have been working for Hammerer Aluminium Industries (HAI) in Ranshofen, Austria since 2006, and I am proud to say that I have served as CEO and Managing Partner of HAI for the last 12 years.

It probably does not come as a surprise when I say that managing and overcoming the current crisis, which threatens the very existence of many of our companies, is the top priority and responsibility at the moment. Alongside that, I will continue along the path already taken by my predecessor, Dr. Hinrich Mählmann, in our constant adjustment of the association.

It has become more involved in regulation and political debate, and this is the route we must keep following. Aluminium is a key material for transforming European industry and creating a more sustainable, circular economy. Therefore, one of my main goals is to fundamentally raise awareness of our material, its properties, and its significance.

On that theme, what will be your key areas of interest in your new position? Are there any challenges that you will be especially focused on?

As I said, the current energy crisis will be a main focal point, as many firms are struggling, with some already having to reduce their production. At the height of the coronavirus pandemic, we all saw the risk that came with being overly dependent on sometimes unreliable trading partners.

Aluminium is not only part of a multitude of everyday products used by every single one of us, but due to its properties, it is also the enabler and a key factor for the implementation of a climate-neutral circular economy. For me, maintaining and preserving this value chain in its entirety will be a key issue.

In addition to overcoming the current crisis, my focus, and the focus of the entire industry, was and will be on driving decarbonization efforts forward. Fair and sustainable trade and a decarbonized European value chain are all crucial factors in shaping a climate-neutral circular economy and fulfilling the goals of the Green Deal. We are enablers for many of our customers, but we also have some work to do.

It’s fair to say that your in-tray is probably already full in your new role. Of particular concern are energy price rises, which you say constitute the toughest endurance test in the aluminium industry’s history. Could you explain these circumstances and drill down into the factors that have made energy price rises so acute?

Energy prices are determined by a plethora of complex and interconnected factors. However, it is important to note that prices were already at a relatively high level even before the war in Ukraine.

In addition to a cold winter and empty gas storage facilities across Europe, many regions and large economies in America, Europe, and Asia had just started to recover from the pandemic, which significantly increased demand for electricity, natural gas, and coal, and therefore prices. Following the invasion of Ukraine, Russia drastically reduced its gas export to EU countries – importers now had to procure gas from other parties on short notice.

When it comes to electricity, in particular, the design of the energy market aggravates the current situation even further. The market functions on the much-criticised merit order system whereby, to meet demand, the cost of electricity is determined by the operational power plant with the most expensive marginal costs. As things currently stand, this demand is often met by expensive energy sources such as gas-fired power plants, which drives up electricity prices significantly.

What can industries and companies do to lessen the effects of the energy crisis themselves?

Energy is a, if not the top cost factor for most parts of the aluminium value chain. It is imperative that we increase efficiency on a daily basis, because every bit of process improvement helps to keep us competitive on a global level. There is not much room for significant jumps here.

Unfortunately, on a short-term basis, the only option for companies to save energy is to cut production. In the long term, we need to make the switch to renewable energy sources as soon as possible.

All in all, the measures an individual company can take to lessen the effect of the current energy crisis are fairly limited when put into perspective. In the current situation, the only real option is for the government to step up and act quickly before firms can no longer cope with the current price level.

You say that politicians should act quickly to initiate relief. What can legislators do to protect industry in this context?

Our message has been clear for a while now: politicians need to address the soaring energy prices as soon as possible, preferably before many firms are forced to stop production or close permanently.

At the EU level, an agreement has finally been reached on emergency measures to reduce energy prices. We can see similar developments on the member state level.

The German government recently announced its plan to finally introduce a cap on energy prices. Although this is a very positive development, the legislator now needs to act as quickly as possible. Many companies are not in a position to wait for weeks or even months for a decision to be made.

To give one example, approximately 40 percent of companies in the German aluminum industry have signed long-term contracts, which ensures that the majority of their energy demand remains at a competitive cost until the end of the year. Once these contracts end, companies will then have to procure energy at the current market prices – a level at which they are no longer competitive.

We welcome the German government’s decision to introduce an energy price cap; however, in order for the entire energy-intensive industry sector to survive, this policy measure needs to be implemented within the near future. We are talking about weeks, not months as, for many companies, time is already running out.

Looking ahead, what are your honest thoughts on how this issue will conclude? Do you envision a happy ending for the industry?

It is not easy to predict what is going to happen in the political arena in the next few weeks and months. Political decision-makers need to be aware that, once a company has shut down or relocated, production and the jobs it created are not going to come back – and once a significant part of the value chain has relocated, other firms are likely to follow. This is true not only for our industry but for other sectors as well.

However, there are signs amongst some EU member states and at an EU Commission level that politicians have recognized the dangers of soaring energy prices, especially for the energy-intensive industry sectors. So, there is some hope that common sense will prevail in order to secure the industrial basis and jobs in Europe, and to avoid carbon leakage with all its adverse environmental effects.