Adapt or die: The ecology of plastics 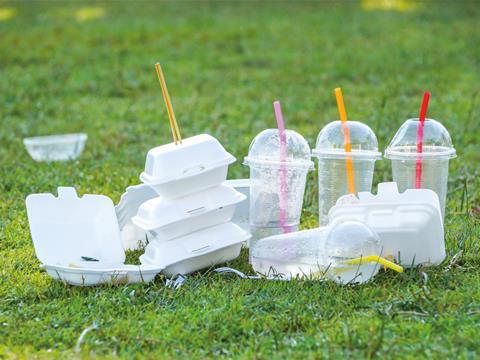 It’s no secret that the plastics industry currently finds itself under immense, unprecedented pressure from legislative bodies and the general public alike. In this context, Robert Lilienfeld, founder and executive director of sustainable packaging think tank SPRING, argues that the industry has a choice to make: adapt or die.

We are all acutely aware of the pressures on the global plastics industry. Litter and marine debris. Lack of recycling. Use of fossil fuels both in production and product formulation. Chemicals of concern. Microplastics. Whether or not these issues truly warrant significant concern or are indeed even plastic-related has become irrelevant. They exist in a large enough form that they are now part of the landscape and environment in which plastics are developed, produced, used, disposed of, and recovered.

To better understand the landscape, we need to look at an analogy. Consider the fact that 66 million years ago, a giant asteroid struck the Earth near the Yucatan Peninsula in the Gulf of Mexico. The impact of this giant explosion caused rapid cooling that put the dominant life forms of the day – reptiles – at a serious disadvantage.

As cold blooded animals, reptiles were not able to adapt to a world where the more direct heat generated by the sun was no longer available to keep them warm enough to survive. Thus, creatures that were previously of only minor significance – warm blooded mammals – were suddenly able to survive, take over key ecological niches, and thrive.

I can guarantee you that if reptiles could speak, they would tell us that they were not happy about this situation. But the largest and most dominant of them could not adapt to their new environment. No amount of wishful thinking or anger was going to force Nature to revert to the playing field that existed before the meteor struck. Natural selection would ensure that new orders of animals, more capable of both surviving and thriving in the new environment, would slowly and steadily become dominant in the unanticipated world that had been created.

While not a perfect analogy, this example does reflect the position that the plastics industry finds itself in. Forces beyond its control – either because the industry chose not to understand and work to mitigate them or had no ability to anticipate them – are washing over it. And the response has been an all too reptilian, primal brain response to circle the wagons, roar and beat their chests, and hope that these new forces and the new environment that they have helped to create, will go away. Their goal: business as usual.

For example, you are almost certainly aware that U.S. Plastics Pact, a consortium led by The Recycling Partnership and World Wildlife Fund (WWF), just announced a strategy designed to ensure that all plastic packaging will be reusable, recyclable, or compostable by 2025. Rather than trying to change the recycling system, the group is calling for the elimination of “problem” materials such as PVC, EPS &PS, and oxo additives.

Both the Plastics Industry Association (PIA, or PLASTICS) and American Chemistry Council responded with outrage, disappointment, and at least to me – shock and surprise. The PIA stated that it believed “in expanding choices by growing the amount of plastics that are recycled, and that will only happen through education, innovation, and smart advocacy.”

And there you have it. Advocacy. No goals or objectives, plans or procedures, strategies or tactics. Simply railing at the environmental sea changes that most, if not all, of us see occurring and are preparing to navigate.

I also did some work a few years ago for one of the world’s largest PS producers. The company is clearly hoping that chemical recycling, in which it has invested heavily, will make PS once again a preferred material. I asked if they were going to take a truly circular approach, by which I meant embracing consumers as vendors to ensure a flow of clean, uncontaminated product, and the response by top management was “No. That’s not our job or our business.”

New environments, ecologies, and systems create the need for adaptation. There will be winners and losers. There always are. Whether or not the plastic packaging industry survives in its current form is probably no longer in doubt. Its members may not be responsible for the environment that is now being formed, but they are responsible for seeing and understanding this new environment and acting accordingly. Otherwise, they will be the next dinosaurs.