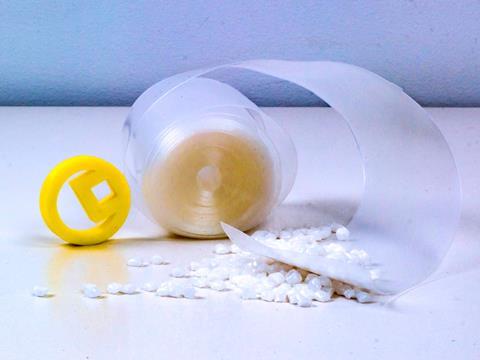 This plastic film is designed to cover surfaces that are highly exposed to contact with microbes and to prevent surface proliferation of these organisms by keeping them from adhering. Essential oil encapsulation technologies are therefore being used to obtain a product that is easy to apply and remove.

The project’s main challenge was to keep the essential oil nanocapsules intact during film processing because of their low thermal resistance. In this area, one member of the partnership, AIMPLAS, contributed its nanotechnology expertise by developing a method that prevents the nanocapsules from being destroyed during the compounding phase of processing.

As a result of this project, which will be developed in a real hospital environment after the laboratory phase, FLEXPOL says that it will be possible to significantly reduce the use of detergents and antibiotics, thus apparently making nanocapsulation an eco-friendly alternative. The partnership also argues that this method is less expensive than those currently in use.