Absolut Rainbow is the latest of Absolut Vodka’s outstanding bottles to push the boundaries of creativity, and is also the winner of Best Bottle in Glass at the World Beverage Innovation Awards.

As 2017 is the 50th anniversary of the decriminalisation of homosexuality in England and Wales, the Absolut Rainbow bottle has been designed to represent Gilbert Baker’s iconic pride flag and includes the quote ‘Taking pride in diversity’ on the back. 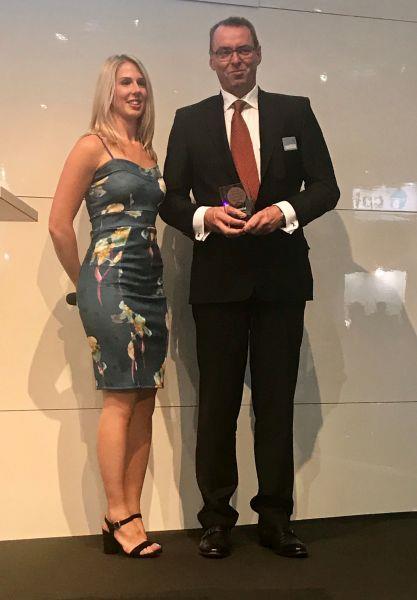 The vivid colours contrast with the white logo and transparent glass, making the Rainbow bottle a bold, creative and eye-catching feature on the spirits shelf.Fredrik Kallqvist, Product Development Manager at Ardagh Group, Limmared in Sweden, comments:

“The positioning and colour of the logo and the ‘Taking pride in diversity’ quote were chosen to create optimum stand-out in relation to the flag’s colours.  The colours were applied in two separate passages to allow the colours to flow, making the design look totally seamless.”

Both Ardagh Group and Absolut Vodka were thrilled when Absolut Rainbow was awarded Best Bottle in Glass at the World Beverage Innovation Awards which took place at drinktec 2017 in Munich, Germany on 15 September.