The German mechanical engineering industry is expected to grow significantly again in 2017. The signs for this are getting more clear: machinery production rose by 2.4 % in the first half of 2017. Order intake in July was 10% higher than in the previous year.

"We could be at the turning point for the next economic upswing. In view of the positive signals, we expect the production to grow by 3% in 2017," stated Richard Clemens, VDMA managing director of the Food Processing and Packaging Machinery Association at the VDMA press conference on Monday in Munich on occasion of "drinktec", the world's leading fair for this industry.

In 2016, the mechanical engineering industry reached a production value of 203 billion euros. Employment rose to the record level of 1.02 million people in the companies' headquarters in Germany. 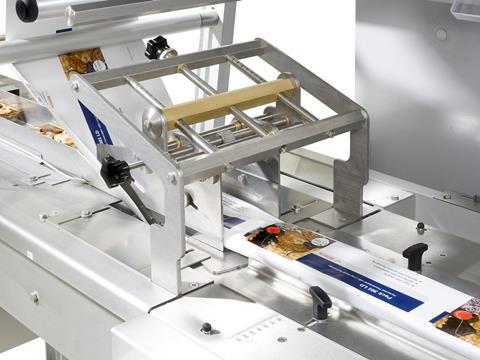 In the first half of this year, mechanical engineering companies exported goods worth 82.4 billion euros. This was an increase of 6% compared to the previous year. "After a stagnation of German exports in the year 2016, the demand is currently rising again," says Clemens.

The food processing and packaging machinery industry is the fifth-strongest industry in the mechanical engineering sector and in 2017 is likely to grow at an above-average rate. In 2016, machinery production rose by 2.4% to 13.3 billion euros. The industry thus grew by 15% between 2012 and 2016, while – during the same period – the entire mechanical engineering industry recorded a 5% increase in machine production.

Compared with the previous year, the order intake in the food processing and packaging machinery sector rose by 12% in real terms in July 2017. In the period from January to July, orders were 5% above the previous year's level. For 2017, the VDMA Food Processing and Packaging Machinery Association expects a production growth of 4%.

"It is the market itself that carries us on to new horizons," commented Volker Kronseder, Chairman of the VDMA Beverage and Dairy Technology Group, explaining the exceptional boom of the food processing and packaging machinery sector. "Each year, the world population is increasing by a figure larger than that of the entire population of the Federal Republic of Germany. The growth of a consumer-friendly middle class, especially in the Asia / Pacific region, is the starting point for a dynamically growing world market," explains Kronseder.

In 2016, the international foreign trade for food processing and packaging machinery rose to over 38 billion euros, an increase of 6 % over the previous year. With 22%, Germany held the largest share of the worldwide exports right before Italy (21%). The USA and China followed at some distance with 7% each.

In some specific areas, German manufacturers even did a lot better. In 2016, every third internationally traded beverage packaging machine and every second brewery machine was of German make.

German exports of food processing and packaging machines grew by 4% and reached 8.3 billion euros in 2016. The average export rate was 84 percent last year. In the first half of 2017, exports could not beat the level of the previous year, but they are expected to pick up significantly in the second half of the year.

"The US and China are the most important markets for food processing and packaging machinery manufacturers. However, individual countries in Asia, Latin America and Africa are gaining in importance," says Kronseder, naming India, Nigeria, Mexico and Iran. The demand for machinery in these countries has risen sharply in recent years.

Kronseder sees the main reason for the strong demand for machines in the growing consumption of beverages in these countries and also worldwide. In 2016, 1.1 trillion litres of packaged beverages were sold. According to forecasts made by the British market research institute Euromonitor, sales will continue to grow by about 3% per year. Euromonitor continues to announce above-average growth in the regions of Africa / Middle East and Asia / Pacific, while sales of beverages in the mature markets will only increase slightly.

"For us, industrialized countries remain strong buyers. Competitive pressure forces the beverage industry to bring innovations and more individual products to the market, which in turn necessitates investments in the machine park," says Kronseder. He also sees the increasing popularity of craft beers boosting the demand – especially for machines for smaller production quantities.

The future prospects for suppliers of the beverage industry remain positive: In the emerging countries, there is a lot of catching up to do. Production is being established and expanded there. The mature markets of Western Europe and North America are characterized by qualitative growth. Product innovations coupled with ever-shorter product life cycles determine the demand for investment.

Quantitative growth, increasing demands on product diversity, and the efforts of the beverage and food industry to have their production run in a safe, economical and efficient manner ensure investment in machinery and equipment worldwide. This still leaves considerable potential for the supplier industry.