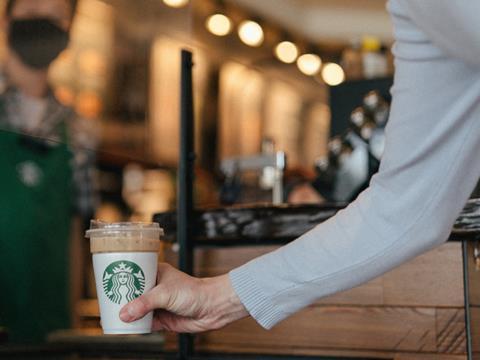 Today, Starbucks announced that it will introduce a unique reusable cup-share scheme in all its stores in Europe by 2025, as it looks to reduce its consumption of single-use packaging.

An initial trial will begin over the coming months in France, Germany, and the UK, expanding shortly thereafter based on local operations, regulations, and customer feedback.

Starbucks says that introducing and scaling a reusable cup-share initiative in EMEA is a key part of its global commitment to reducing single-use cup waste, and its overall goal of reducing waste by 50% by 2030.

This particular program is designed to overcome barriers currently limiting reusable cup usage. It also expands on the company’s efforts to design out waste, which include in-store recycling and ceramic availability, reusable discounts, as well as paper cup surcharges and merchandise like the Starbucks Circular Cup.

The program will allow customers to pay a small deposit for a reusable cup for hot and cold beverages. Tested to last up to 30 times and available in three sizes, each cup uses an identifying number associated with the Starbucks reusable cup to the deposit paid.

The customer will then be able to use their reusable and return it to Starbucks via a kiosk or at the point of sale. Upon return, Starbucks will give the deposit back to the customer in the form of tender.

As part of the program, the company will also be introducing a new reusable cup that utilises foaming technology, reportedly meaning that it uses 70% less plastic than current reusable cups. In addition, this wall structure provides insulation for both hot and cold liquids, so that it can be used without the need for a sleeve.

This initiative will be in addition to providing a 25-30-cent discount for any customer bringing in their own reusable cup across the region. The company is also re-introducing its 5-cent paper cup surcharge in the UK and Germany in a bid to encourage reusable usage, with funds being directed to environmental charities addressing global waste issues.

This re-introduction is compounded by Starbucks stores in Switzerland and the Czech Republic also introducing a paper cup charge over the coming weeks.

Duncan Moir, president at Starbucks EMEA, comments: “We have set an ambitious goal to be a resource positive company and I believe we have a responsibility to give our customers new and unique options to integrate reusables in their day to day lives.

“While we have made great strides in reducing the number of single-use paper cups that leave our stores there is more to be done and we must make reusability the only option, long term.”