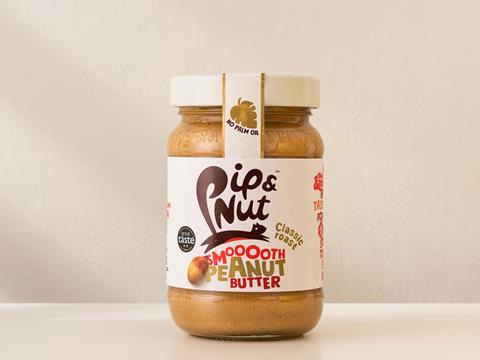 The nut butter company Pip & Nut has announced that it will replace its plastic packaging with a new glass jar range, which it says contains “over 50% recycled content”.

Following a collaboration with Ardagh Glass Packaging (AGP), Pip & Nut says it will transition its whole range of nut butters from plastic to embossed glass jars. The company adds that it decided to make this change based on feedback it received from its consumer community.

Pip Murray, founder of Pip & Nut, says: “We always listen closely to what our fans want, and they clearly asked us to move to glass, so we are delighted that day is finally here.”

Pip & Nut claims the new jars will be made from at least 50% recycled glass. The label and lid of the jars will apparently be fully recyclable.

The company says it also worked with the design agency B&B to develop a bespoke jar that is “desirable for reuse”. The companies have previously collaborated on Pip & Nut’s almond drink range to bring its branding to the dairy alternatives sector.

Jolanda Raas, sales accountant manager from AGP-Benelux, says of the collaboration on the new glass jars: “This has been an incredible two-year creative journey. The result is a sustainable jar with a distinctive design which we are all proud of.”

Pip & Nut says its new glass jars are part of its commitment to align with net-zero carbon targets by 2030. According to Murray: “As a B-Corp, we’re always striving to improve on how we can make our products better for the planet.

“With the move to glass jars, we’ve improved the recyclability of our products as glass is more widely recycled in the UK than plastic.”