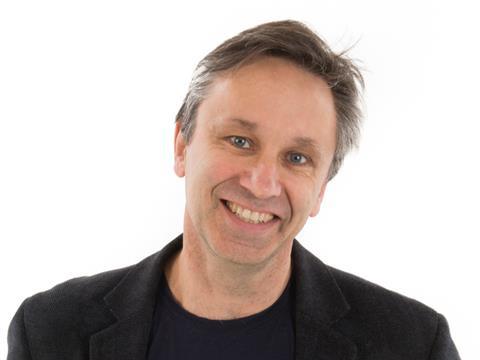 In his second of his two On Second Thoughts… columns, Dominic Hogg, Director of Equanimator and former Chairman of Eunomia, moves on from his previous broad focus on global plastic pollution to look through a more EU-centric lens, asking: are current European EPR guidelines really enough to motivate brand owners to switch to more sustainable packaging formats?

Over time, a lot of consumer goods packaging has been designed to use less material, to become cheaper, and so deliver each unit of product at lower cost to consumers. As long as it was (relatively) cheap to throw things away, and as long as not all packages had to be recycled, end-of-life aspects didn’t radically alter the decisions regarding what type of packaging to use. For example, under current conditions, the costs of managing a crisp packet as part of residual waste in the EU are in the order of a few hundredths of a euro cent. The costs of picking that item up as litter are rather higher – perhaps by a factor of ten. But for the most part, these costs have been met by municipalities, and not producers.

In Europe, the landscape is changing: producers are more concerned about the effect on brand reputation of litter ending up on beaches (a global problem for global brands), consumers are more engaged than they have been regarding plastics in particular (this varies by country), and legislation is moving to make producers financially responsible for what happens at end of life.

That last point could still go further: the law doesn’t mandate that producers should cover the costs of managing any packaging in residual waste, and the so-called Single-Use Plastics Directive limits the scope to which extended producer responsibility should be applied to public collection and clean-up of litter to a limited range of items. Because of this, it matters quite a lot that the recycling targets for packaging are being made more challenging to achieve.

For plastics in particular, the amount of packaging that is still being used which is barely recycled at all makes meeting those targets more difficult. Through reference to the Waste Framework Directive, the Packaging and Packaging Waste Directive pushes the need for modulation of fees under extended producer responsibility (EPR) schemes. One of the bases which is suggested is the recyclability of these items. ‘Recyclability’ proves to be a term which is not so easy to pin down, but it seems reasonable to argue that it should correspond, as closely as possible, to the likelihood of something being recycled where it is being used.

So, an interesting question becomes how that modulation of fees should work. Those countries that already use modulation have done so in somewhat different ways. What has always interested me is whether modulation of fees would be sufficient to cause a producer to change their choice of packaging. In the Italian scheme, for example, although the gap between the most recyclable (B1) consumer packaging and the unrecyclable packaging has been widening over time, the latest differentials between these classifications is €452 per tonne.

This sounds like a big differential. But does it really motivate switching between packaging formats? Suppose that I’m a producer of packaging and the format I use weighs 5g. Suppose that this is a package that is not widely recycled. And just suppose that the least expensive recyclable alternative package weighs 8g, but costs an additional 2 euro cents. The additional cost of 2 euro cents is spread across an additional weight of 3 grams. Expressed in per tonne of material terms, this is a shift that costs €6,667 per tonne of material.

So, the question, I suppose, I’m raising is whether, if modulation is intended to lead to switching between formats, the current differentials are anything like sufficient to motivate switching between packaging formats. I don’t think they are.

This is understandable: this is a relatively new tool and it’s one that is to be deployed by schemes which have, as their members, the very producers who would be subject to these fees. The Italian system also shows, in my own view, ‘the right evolution’, but the move to widening differentials may be more awkward in countries where there are competing EPR schemes, unless regulators impose a structure of differentials on all competing schemes.

Producers might argue that imposing such fees today would be punitive and unfair. I agree. Given that most are committed to ensuring all packaging is (at least) ‘recyclable’ in future, then I would suggest that ideally, EPR schemes would – at an early stage – establish the likely evolution of modulated fees. Wherever those fees stand today, or next year, by the late 2020s, producers should have advanced warning of the differentials that will be imposed between ‘easily recycled’ and ‘difficult to recycle’ packages as a means to incentivize early action. The backstop incentive implied by this form of modulation would help ensure that early action was taken, if only to avoid paying fees that make it a no-brainer to avoid using unrecyclable packaging.