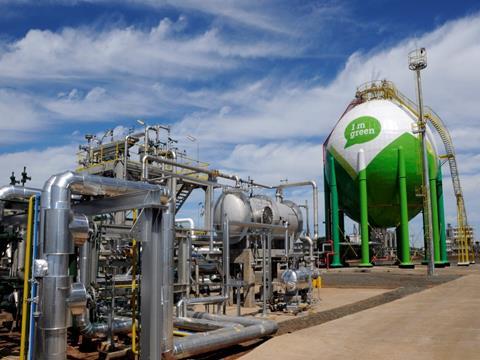 In a statement released today by the European Bioeconomy Alliance, the coalition details its criticisms of a new methodology for life cycle analysis (LCA) developed by the European Commission’s Joint Research Centre (JRC).

The LCA analysis methodology has been developed by the JRC over the last three years, with input from various stakeholders, and encompassing players from both the bio-based and fossil-based plastics supply chains. The final methodology for the LCA of alternative feedstock for plastics production was published in June 2021.

European Bioplastics (EUBP), a member of the EUBA, says that, alongside other organisations, it contributed significant expertise, which it does not believe was fully taken into account of the published methodology. The Managing Director of EUBP, Hasso von Pogrell, comments: “Together with other bio-based industries, we support LCAs as a valuable instrument to measure environmental sustainability.

“Unfortunately, the approach of the JRC in this study lacks important elements that are crucial for a fair, comparative assessment of bio-based and fossil-based plastics. As a result, it clearly favours conventional plastics made from fossil resources.”

The most problematic aspect of the new methodology, according to the EUBA’s statement, is its omission of the added value of biogenic carbon sequestration. It emphasises a key benefit of bio-based products – which apparently cannot be overlooked in an effective LCA – is removing carbon from the atmosphere and sequestering it into products, mitigating its impact on the climate.

von Pogrell states, “We strongly recommend including the uptake of biogenic carbon as a mandatory part of any comparative LCA.”

The EUBA adds that the report draws unfair comparisons between fossil-based and bio-based plastics, as the former has experienced around 60 years of continuous development in terms of raw material extraction, production, conversion, logistics, and end of life options while the latter is only at the start of its maturity curve. The JRC’s methodology allegedly does not account for how to compare fossil-based and bio-based plastics without bias, with the potential consequence of inhibiting innovation for the bioplastics industry.

The methodology results in “an inconsistent inclusion of indirect effects” and “different burdens of proof”, according to the coalition.

Additionally, when topics such as biodiversity are discussed in the methodology, EUPA says that this focuses on the agricultural production processes of bio-based plastics, ignoring the link between the emissions of fossil carbon and climate change, which, in turn, has a significant impact on biodiversity.

As for data reporting, bio-based production systems are apparently partnered with detailed requirements. Again, fossil-based systems have, according to EUPA, disproportionately fewer requirements in this category, where the industry average data sets are considered acceptable by the JRC. A similar inequity seems evident in feedstock supply data requirements, with comprehensive feedstock certification schemes being used for bio-based plastics production, whereas EUPA argues there is no such framework in place for fossil-based plastics.

The EUPA’s view is that the LCA should be performed at the waste stream level, rather than on a product level. At present, the JRC’s methodology reportedly overlooks end-of-life realities. All recycling options, including organic recycling, must be accounted for to “equally and correctly represent existing and potential future waste infrastructure,” the coalition claims. It also cautions against the mandatory use of weighting in LCAs.

Overall, the EUPA says that the EU’s LCA methodology lacks “a vision for the future, since the pivotal role of bioplastics in building a renewable carbon-based economy is, de facto, ignored”.

According to von Pogrell: “Plastics are essential to modern life. We have a choice as to whether we want to continue to obtain the required carbon for plastics from fossil resources, or whether we aim for a transition towards obtaining this necessary carbon from the atmosphere.”

The EUPA concludes that it considers the JRC’s LCA methodology as “not fit for the purpose of comparing bio-based with conventional fossil-based plastics”. It therefore urges the Commission to review the LCA methodology, and to stop disseminating information about the LCA in the meantime so as to avoid adversely impacting the EU’s current progress with its sustainability initiatives.

The difficulty of comparing bio-based with fossil-based materials is an ongoing challenge for the plastics industry. For example, this year, Coca-Cola announced that it is developing a 100% plant-based bottle as an alternative to PET – but polymer engineer and materials science specialist at SPRING, Mario Grimau, explains that the “asymmetry” of LCAs makes it difficult to fully predict whether the bio-based bottle is actually better for the environment.

Earlier this month, Appleyard Lees released data on global patent activity that suggests renewed interest in developing bioplastics after an initial peak in 2003, a trend also supported by the European Patent Office (EPO). As technologies expand and companies begin to make decisions about future sustainable development, it seems that a way to accurately compare bio-based and fossil-based plastics will be increasingly important – and perhaps also elusive.