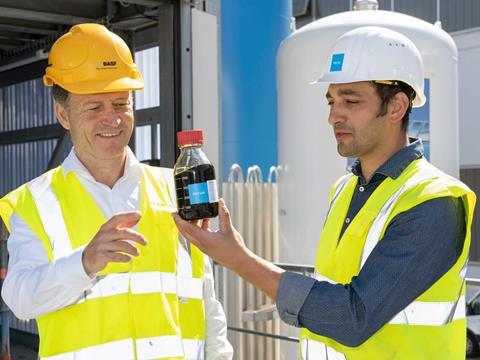 BASF has signed an agreement to purchase pyrolysis oil derived from mixed plastic waste, which it will use as a raw material for the production of its Ccycled products, from Germany-based company ARCUS Greencycling Technologies.

ARCUS says that its process demonstration unit in Frankfurt is the first of its kind on a commercial scale in Germany and produces pyrolysis oil from mixed plastic waste that is not recycled mechanically. Following the framework agreement with BASF for the purchase of pyrolysis oil, ARCUS will apparently look to expand its capacities in the coming years.

Daniel Odenthal, chief operating officer of ARCUS Greencycling Technologies, explains: “With the guaranteed purchase of the oil produced, ARCUS can build further plants with higher capacity and thus make a significant contribution to closing material cycles together with BASF.”

The agreement reportedly foresees the take-up of pyrolysis oil to be increased to up to 100,000 tonnes per year.

According to BASF, it will feed the pyrolysis oil supplied by ARCUS into its production network in Ludwigshafen, replacing fossil resources. BASF says that the proportion of recycled raw material is allocated to products manufactured in the Verbund using a mass balance approach, with the attribution checked by an independent auditor.

BASF adds that this will be part of the production of its Ccyled products, which it claims have exactly the same properties as conventionally manufactured plastic products. The company says that customers can process Ccycled products in the same way and also use them in applications that have high demands in terms of quality and performance, such as automotive parts.

The company says that this will further expand its ChemCycling business, which focuses on the chemical recycling of non-recycled post-consumer plastic waste on an industrial scale. BASF claims that commercial Ccycled products have been on the market since 2020 – such as Bremnes Seashore’s packaging for its BÖMLO salmon fillets made from BASF’s Styropor Ccylced, an alternative to conventional expanded polystyrene (EPS) developed through chemical recycling.