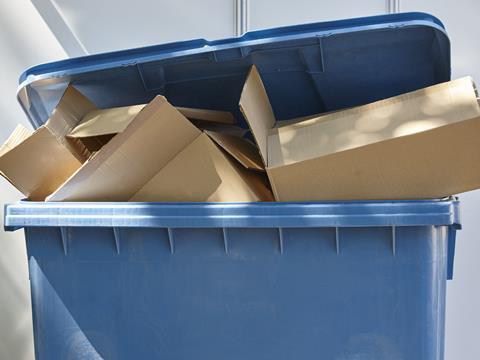 According to its online survey of over 2,000 people aged 16-75 across the UK conducted by Ipsos MORI, the majority of British consumers say they would switch to a different brand because it uses less packaging than other brands do. Southerners outside of London are the most likely to make the switch, with Londoners, Scots and the Welsh trailing behind.

Brands face losing customers over excessive packaging: Just under six out of ten (58%) British consumers say that when shopping for food and everyday household items, they would switch to a different brand because it uses less packaging.

Women are leading in the drive to switch: six out of ten (61%) British women would switch brands for one with less packaging when shopping for food and everyday household items, with just over five out of ten (54%) men saying the same.

“Xennials” are more likely to switch brand for less packaging than Baby Boomers and Gen X: Just under two thirds (65%) of 35-44-year-olds, the generation known as Xennials, say they would switch to a different brand because it uses less packaging. In comparison, only around five out of ten Generation Xers (54%), aged between 45 and 54, and Baby Boomers (52%), aged between 55 and 75, say the same.

Commenting on the survey findings Sara Sizer, Group Communication and Marketing Director at Mondi, said: “It is encouraging to see that consumers are willing to make different choices to accommodate more sustainable packaging. For brands, the survey results highlight the importance of incorporating sustainability in their packaging development and production.

“At Mondi we make packaging which is sustainable by design, by focusing on the purpose of packaging, reducing the volume of raw material used and developing fit-for-purpose paper and plastic packaging which is designed for recycling or reuse.”