Making the Case for Plastics Packaging 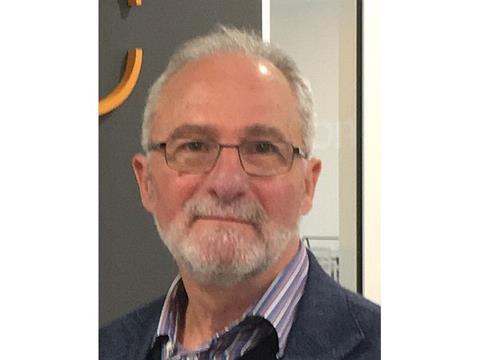 Without doubt we need to recognise the impact that the amount of plastic in our oceans has on our planet.  However, the anti-plastic sentiment currently dominating certain sections of the media is in real danger of demonising a material that is making a major contribution to a more sustainable world. Plastic is often best material for the job, and we all need to work on improving the public’s understanding of many of the real issues, such as recycling, global waste management, minimising food waste and taking personal responsibility for litter. Otherwise, by moving to replace plastic in a reaction to a perception of what is ‘Green’, we risk a series of unintended consequences with far greater environmental impact than plastic now causes.

Packaging exists to protect, preserve and promote products and goods, enabling us to safely buy and use the items we choose. With the growth in convenience on-the-go consumption, and the continuing popularity of ready-to-eat foods, for example, plastic is meeting the demands we have all generated.

Driven by a desire to limit their environmental impact many consumers are asking for alternatives for plastic packaging.  Nevertheless, when looking at other options, it is essential that the impact and sustainability of those materials are also clearly understood.  While many consumers see plastic as bad and paper-based goods as benign, when considered over the entire life of the packaging, paper and cardboard produce far more greenhouse gases than their plastic equivalents. Paper products take substantial amounts of energy to make whereas plastic is light and durable, and its manufacture is generally not particularly energy intensive – at least in comparison to paper.

Recent trends in consumer shopping habits highlighted in a report by the Co-op in 2015 found that less than half of consumers now do a weekly shop at an out-of-town supermarket, preferring to either buy locally and more frequently, or shop online. The packaging industry has had to respond to this trend with smaller and more lightweight packs that are easier to carry – requirements that plastic has been able to meet. Lighter packs also play a vital role in minimising the impact of carbon emissions during transportation. If plastic is replaced by alternative heavier materials, it is essential that the impact of this change is understood.

There is widespread acknowledgement that the environmental impact of food waste is a far greater problem than packaging waste. However, the impact of this waste on the environment is still something that many consumers find difficult to grasp fully. We can understand how a carelessly discarded piece of packaging damages our countryside and waterways, but we don’t regard wasted food as leaving such a visible and obvious impact on the environment.

Indeed, our recent survey of 1000 consumers in the UK showed that 20% admitted they were more likely to throw food away on its ‘Best Before’ date, or once it had been opened. Such actions have contributed to the increase in total waste from households. Around a third of solid waste produced globally each year – some 1.3 billion tonnes – is from food production.  In developed countries, where we are already far better equipped to deal with the problem, consumers still waste around 100kg of food each year. (Source: FAO – Food and Agriculture Organisation of the United Nations)

Food waste also costs precious other resources.  For example, it is estimated that 250km3 of water a year – three times the volume of Lake Geneva – is used to produce wasted foods.  Wasted food occupies 1.4 billion km3 of land.  If this were a country, it would be the second largest in the world. (Source: FAO)

The more food we waste, the more we have to produce – yet already, the 4 billion tonnes of CO2 emissions from manufacturing food is more than the whole of Germany emits in a year. (Source: FAO)

In sub-Saharan Africa, 50% of fruits and vegetables are lost in the post-harvest stage or processes. This when 70% of its people rely on agriculture for their livelihoods and many of whom are also part of the world’s 1.3 billion who are food insecure. (Source: The Rockefeller Foundation)

There are many ways in which we can reduce food waste – better harvesting techniques on the farm, improved production processes in the factory, cooking only the required amount in the home – and plastic is one material that can play a key role at many different stages of the supply chain.

Agricultural films, for example, protect crops, and manage light transmission, diffusion and temperature control in commercial growing applications; plastic containers provide safe and hygienic storage for the transport of ingredients and raw materials; and plastic packaging is the ideal solution for keeping foods fresher for longer and protecting them from damage.

Helping to educate consumers in the important role that plastic packaging has to play in reducing food waste is a key priority. An unpackaged cucumber will be past its best after three days; wrapped in plastic film, it will stay fresh for 14. Multilayer barrier technologies prevent oxygen and moisture from reaching many different products. Similarly, opaque but breathable films protect potatoes from light to stop them from turning green too soon.

These sort of benefits not only greatly extends the shelf-life of foods, it also enables many of them, to be transported and stored without the need for energy-consuming refrigeration. Making sure the public understands these advantages is a key challenge for the industry and must be prioritised.

A universal approach to litter

Littering is undoubtedly an issue for all packaging and the broadcast in the UK of the Blue Planet television programme has highlighted the amount of waste plastic in the world’s oceans. Stopping waste getting into the oceans is therefore key.

Litter is a worldwide problem and actions by individual countries on their own are likely to have minimal effect. Providing a solution for waste globally is therefore essential, and organisations such as WasteAid UK are aiming to tackle the problem by training people in developing countries to recycle waste, helping to stop the litter getting in the oceans in the first place.

Developing consumer awareness campaigns to change behaviour, as was successfully achieved for Drink Driving and Smoking, is essential so that recycling becomes second nature and littering is seen as socially unacceptable worldwide. Education should be the starting point to bring through generations for whom recycling is a way of life, thereby minimising any waste getting into the environment and worlds’ oceans in the first place.

Visible plastic is also only one part of the problem in our oceans - potentially more worrying for the food chain are the micro pieces of plastic that enter the sea unseen and can be consumed by marine life. These microplastics come from a variety of sources, such as cosmetics, clothing, industrial processes and also from partly degraded plastics which simply breaks down the original item into much smaller parts.

Whilst many see bio-degradable plastics as good, the understanding that degradable plastics can often exacerbate rather than solve the problem also needs to be integral to any education programme. Designing plastic products for the Circular Economy, where plastic is captured and reused rather than simply disposed of, is far more important. All plastics can be recycled, some more easily than others, and helping consumers recognise it as a highly valuable material that needs to be recycled as much as possible is a key objective.

Similarly, as part of improving the public’s perceptions of plastic it is essential that the industry works to increase the understanding of the circular economy and its reuse, and that recycled plastic can become any number of things from T-shirts, to Plaswood benches, to new packaging.

Plastics recycling rates have increased by 64% in Europe since 2006, and nearly eight million tonnes of post-consumer plastic were recycled in 2014.  (Source: PlasticsEurope). This has been driven by improvements to collection, identification and sorting of materials.

Nevertheless, globally there are still widely varying recycling levels, mainly due to different collection and recycling infrastructures from country to country and even within countries.

Our research revealed that while 80% of those surveyed recycle all the time, and 73% said they understood the particular recycling requirements of their local area, there were still 24% who only ‘somewhat’ understood the rules behind recycling.  This underlines the need for continued consumer education in recycling ‘best practices’, as well as a more co-ordinated and unified national recycling system to eliminate differences between local authorities.

Plastics are fundamental to the way we lead our lives, delivering safe, hygienic and protective packaging.   However, as an industry we need to work together with all our partners in the supply chain to help consumers recognise the advantages they deliver, since they are often by far the best and most sustainable material for the job.  Achieving this will enable us to focus on the important issues and implement effective measures that deliver real change. Providing global waste management, recognising the need to design for enhanced recyclability, fighting litter and ensuring a coordinated approach to recycling to maximise a circular approach to plastic: this is how we will help tackle the current problems and preserve our planet for future generations.