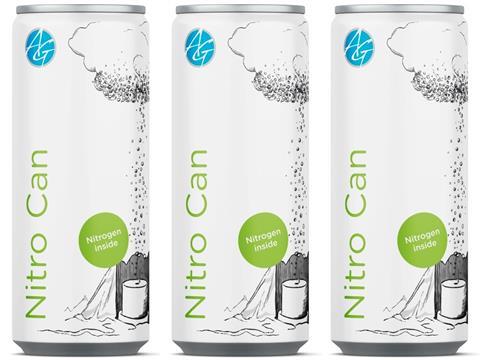 European consumers favour domestic drinking - with a specific type of packaging at their side. In the wake of digitisation and sophisticated consumer electronics, modern homes have transformed from simple dwelling places into full-blown leisure zones. As attractive alternatives to cinemas or restaurants, they serve as important social hubs, offering today's consumers trendy settings to relax and celebrate. This phenomenon, referred to as the 'homing trend', has been accompanied by a significant increase in beverage can usage due to their keen ability to meet the convenience, cost and quality requirements of at-home consumption. Below we delve into the new trend and its consequences for beverage packaging producers.

As attractive alternatives to cinemas or restaurants, they serve as important social hubs, offering today's consumers trendy settings to relax and celebrate. This phenomenon, referred to as the 'homing trend', has been accompanied by a significant increase in beverage can usage due to their keen ability to meet the convenience, cost and quality requirements of at-home consumption. Below we delve into the new trend and its consequences for beverage packaging producers.

Today's consumers have every reason to believe their home is their castle: on-demand TV, streaming platforms and an ever-growing number of online delivery services provide unprecedented domestic comfort. As such, their fully equipped leisure zones prove to be not only a tempting and cost-effective alternative to cinemas, clubs or restaurants. They are also among the main drivers of homing - a way of life centred around private homes as major social hubs. However, this highly complex trend, which sees conscious enjoyment being preferred to mere quantitative consumption, has been triggered by much more than technological achievements alone. Economic developments and cultural preferences have played an equally crucial role.

Off-trade consumption on the rise

Over the last few years, the UK has seen a significant shift from on-trade to off-trade alcohol consumption. Instead of drinking alcohol in pubs, nightclubs or restaurants, consumers increasingly opt for alcoholic beverages sold in retail stores. According to the British Beer & Pub Association (BBPA), consumers purchased 13.73 million barrels of beer in 2014, while 13.66 million barrels were sold at pubs, clubs and restaurants. The same applies to the European mainland: The Brewers of Europe observed a major increase in off-trade beer consumption between 2008 and 2013, with growth rates close to 12 per cent in Belgium, 14 per cent in Germany, and 23 per cent in Spain. And that trend keeps going strong: In the first half of 2016, German consumers purchased three billion liters of alcoholic and non-alcoholic beers from retailers to drink them at home - but not in just any fashion.

"When it comes to drinking at home, consumers favour lightweight packaging since it has to be carried home from the shops. Moreover, it should make for convenient consumption and in that respect, small packaging sizes are becoming more important," explains Ulric Woerster, manager Consumer Markets & Trends at packaging provider Ardagh Group. Consequently, cans are playing a crucial role regarding consumer choice. The latest findings of Beverage Can Makers Europe (BCME) and the German Society for Consumption Research (Gesellschaft für Konsumforschung) reveal that at-home beverage can usage has more than doubled over the last nine years in Germany, while Spain has seen a solid 26 per cent increase. Numbers like these truly testify to the can's privileged position in the packaging mix - and for good reasons.

"Cans are a packaging solution that effectively meets the key requirements of at-home consumption in terms of beverage quality," Woerster adds. Thanks to their aluminium body, they chill quickly for an extra-refreshing effect and stay cooler for a prolonged period of time. Moreover, the can's weight has been continuously reduced: Today they weigh less than ten grams, which makes them an easy-to-carry choice for at-home consumers. In addition, the cans' hermetic seal keeps them completely airtight and lightproof, preserving carbonation and preventing oxygen from affecting the contents.

"Consumers are looking to create an atmosphere similar to pubs or restaurants in their own homes," says Woerster. "Gathering with friends is an engaging social event - including all the cultural habits that go with it, like serving their favourite beverages." This especially holds true for coffee, a beverage cherished by French and German consumers alike. Sixty per cent of French coffee drinkers prefer enjoying the savory beverage at home, according to research from StrategyOne on French coffee consumption habits. In that respect, they are on par with their German neighbours. Project Kaffee2015 Deutschland, a study conducted by Allegra Strategies, shows that Germans also drink coffee mostly at home - about twelve cups per week. And although Germany is a typical filter-coffee-drinking nation, 62 per cent of consumers are keen to try out new products. "Among the many coffee types available, nitro cold brew coffee is extremely popular, especially in the US, and is gradually building momentum in Europe and Asia. In order to address the homing tendency, Ardagh Group developed a special nitro coffee can to support brands interested in capitalising on the cold brew trend", emphasises Adriana Escobar, product manager at Ardagh Group.

Cold brew coffee is usually infused with nitrogen and served on tap in high-end coffee bars. In order to replicate the nitro cold-brew experience, Ardagh Group has developed the 250 ml slim aluminium Nitro Can. The packaging solution uses a so-called widget, an in-can capsule filled with nitrogen. Upon opening the Nitro Can, the widget is activated and releases nitrogen into the beverage, creating a cascading pour and foamy head when transferred to a glass. "The new Nitro Can allows consumers to indulge in the quality, taste and texture of cold brew coffee, something previously exclusive to high-end coffee bars, which can now be enjoyed while relaxing or celebrating at home," Escobar adds. The Nitro Can's advantages go far beyond consumer convenience: due to the treatment process applied to the beverage, the can is shelf stable, allowing retailers to sell nitro coffee outside the cold chain while providing a safe and fresh product.

Product safety and quality are also at the top of craft brewers' agenda, and thus triggered a real run for the can. "Canned specialty beer is on the rise, as microbreweries around the globe are exploring new ways to protect the delicate aroma of their brew and easily market small batches", says Jochen Sczepanek, head of logistics at Ardagh Group and trained beer sommelier. BCME figures indicate growth in the canned beer market, with fillings across Europe having increased by two per cent to roughly 31 billion units in 2014 and recording a year of growth again in 2016 after a negative development in 2015.

A recent poll by the German Brewers' Association (Deutscher Brauer Bund) reveals that 66 per cent of the country's beer consumers prefer drinking at home or with friends, and 93 per cent tend to do so at the end of their workday. "The can is a sound solution as it optimally protects the brew's delicate ingredients against light and oxygen, thus allowing consumers to enjoy their favourite beer just like they would at the bar - without having to sacrifice on overall freshness or taste," Sczepanek explains. "Canned specialty beers in particular speak to the tastes of adventurous consumers who prefer craft products with unique flavours over lagers. Given the relative scarcity of craft beer brew pubs in Germany, beer fans are opting for the can. It allows them to enjoy their favourite beverage with friends in their own homes and at a comparably lower cost than on-trade."

And yet there is still beverage can potential to be leveraged. As beer connoisseurs tend to celebrate the ceremony around its consumption, from pouring the brew into matching glasses and swirling the liquid around, to sampling the brew's bouquet, there is an entire art to serving specialty brew "the right way" - which also provides further opportunities for can manufacturers to take steps in optimising metal packaging.