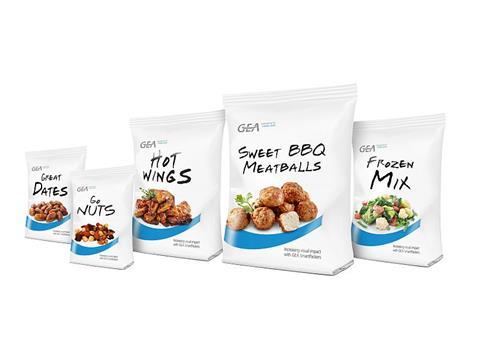 GEA has launched two innovations in the area vertical packaging to support meat and poultry manufacturers increase uptime and boost consumer confidence at IFFA 2019 – held in Frankfurt from 4-9 May.

GEA’s SmartPacker CX400 packaging machine, available in both sanitary and standard configurations, is now equipped with induction sealing capabilities that reduce changeover times to less than two minutes. It also produces the most popular bag types with reduced air and zero perforation, allowing for easy secondary packaging, saving shipping costs and providing a product with enhanced tamper evidence at full production line speeds. The upgrades have been developed based on direct customer feedback from producers of fresh and frozen meat and poultry products, because of GEA’s collaborative approach.

Sealing technology to boost uptimeThe first upgrade is a new Induction Temperature Controlled sealing system (ITC), used to close Polyethylene (PE) bags and a wide range of laminate films common in the meat and poultry sector, which has been designed to deliver all the benefits of standard Permanent Temperature Controlled (PTC) sealing with enhanced uptime capabilities and superior reliability. The new ITC system uses induction technology to heat the bags ahead of sealing and, as a result, simply requires a single electrical connection to operate – effectively making it a wireless system with far fewer components than existing technology.

This simplified connectivity drastically decreases the risk of unplanned downtime, while also reducing maintenance requirements. In standard applications, before each production run commences, the Polytetrafluorethylene (PTFE) layer of a sealing mechanism must be changed – a task that ordinarily takes anywhere between 10-15 minutes. GEA’s ITC system uses a quick-release, plug-and-play mechanism, which enables that changeover to be completed in less than two minutes, further enhancing the system’s uptime.

Martijn van de Mortel, Product Manager Vertical Packaging at GEA, commented: “The SmartPacker, fitted with a conventional PTC sealing mechanism, currently operates at 98% uptime, with the remaining 2% attributed to both maintenance and changeovers. The new ITC system sees us push the boundaries of uptime to over 98%, while also reducing operational costs and energy use. The meat and poultry sector will benefit hugely from this upgrade.”

Reducing air for enhanced product protection and easy shippingThe second innovation to launch at the show is a shape absorbing air reduction system that allows bags to be produced without any form of perforation. The new air-expeller absorbs the shape of the product via inflatable silicon bellows directly before the bag is sealed. All residual air is expelled, leaving the correct amount of air to divide the products within while keeping the integrity of the packaging film. Crucially, the system is able to operate at full capacity with zero compromise in terms of line speed.

Martijn van de Mortel added: “The system has been designed with both our customers and end-users in mind. In the first instance, consumers, and therefore processors, are demanding packaging that shows zero evidence of tampering, such as a small hole in the bag, for example. Developing a solution that removes excess air without perforating the packaging film is highly desirable where increasing consumer confidence is concerned. Secondly, from an operational perspective, reduced air results in the maximization of the number of bags in a box while maintaining the highest levels of production speed and efficiency.”