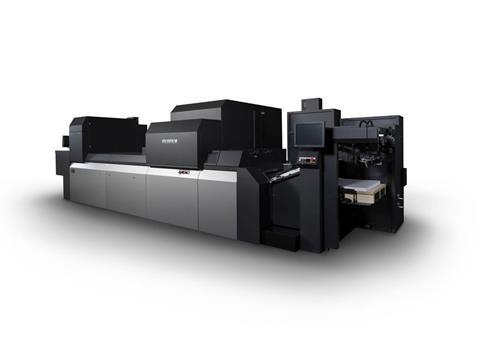 According to the company, this new model retains all the features of the current Jet Press 750S for commercial and folding carton package printing applications, but functions at higher speeds.

In addition, Fujifilm says that the Jet Press 750S High Speed Model has the highest productivity available for a sheet-fed inkjet press, 1.5x faster than that of the current Jet Press 750S.

Meanwhile, according to the type of job being run, high-quality mode (3,600sph) and high-performance mode (5,400sph) can be switched for maximum flexibility.

It is Fujifilm’s view that the High Speed Model makes it possible to transfer a wider range of offset jobs to digital to reduce the total cost of ownership. On-site upgrade is also available for new and current Jet Press 750S owners.

The Jet Press 750S High Speed Model is being showcased at virtual.drupa (April 20th to 23rd) via a concept video, and is also being featured on Fujifilm’s new website. The new model is scheduled to be available in Autumn 2021.