Flexfresh by Uflex on Show at Anuga FoodTec 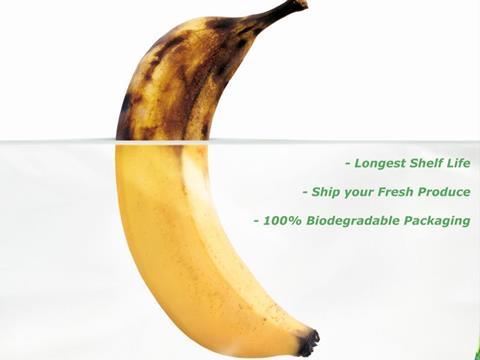 Flexfresh is a special patented film made of proprietary polymeric composition that elongates the shelf life of highly perishable fresh produce like fruits, vegetables and flowers.

Flexfresh as a packaging solution will be on exhibit at ANUGA FOODTEC 2018 in Cologne, Germany at Hall 8, Booth F-035 from 20-23 March 2018. Flexfresh works in conjunction with a fast respiration meter and laser perforation system supplied by Perfotec B.V. of the Netherlands.  While the respiration meter ascertains the respiration rate of the fresh produce, the laser system uses this information to adapt the permeability of the film with the help of perforation matrix.In Flexfresh, equilibrium of oxygen and carbon dioxide is maintained at all times while restricting the humidity between 90-95% to avoid condensation. The effect of ethylene emitted by the produce is greatly reduced during ripening amidst high humidity. The bag exhibits good carbon dioxide release characteristics. Neither gas flushing nor compressed vacuum technique is used here.

The amount of oxygen required by the product is the key point of the packaging. This is controlled by the perforation. The micro-perforation required is decided on the basis of Oxygen and Carbon Dioxide required inside the bag. Flexfresh is the first ever film for packing fresh produce that is bio-degradable by composting and complies with all international regulations for overall migration (EC 1935/2004), reach compliance (EC 1907/2006) and qualifies for biodegradation under DIN EN 13432 (2000-12).

Explaining the benefits of this packaging solution for fresh produce Mr. N. Siva Shankaran, Vice President, Flexfresh at Uflex Limited said, “Flexfresh as a packaging solution is being increasingly used by exporters from across the world for exporting their fresh produce by economic sea freight instead of exorbitant air dispatch.”Citing a few success stories, Mr. Siva Shankaran said, “A leading Dutch Bell Pepper exporter commenced shipping his produce to USA by sea containers in 2015. The exporter was happy with the arrival quality and exported over 300 containers from Holland to USA in 2017 after conducting successful trials by sea container earlier in 2015. Talking about Flexfresh Mr. Ashok Chaturvedi, Chairman & Managing Director, Uflex Limited said, “Research has proven beyond reasonable doubt that flexible packaging with features like re-closability, optimum barrier properties etc. aid in protecting food from being wasted. Flexfresh has stood the test of time extending shelf-life of highly perishable fresh produce and preventing associated wastage. By its very design Flexfresh is the first ever film for packing fresh produce that is bio-degradable by composting. Studies have also proven that the energy required for manufacturing flexible packaging is just about 10% of the total energy required in producing the food and getting it from the farm to table. Thus there is all merit in embracing flexible packaging for protecting food from being wasted."