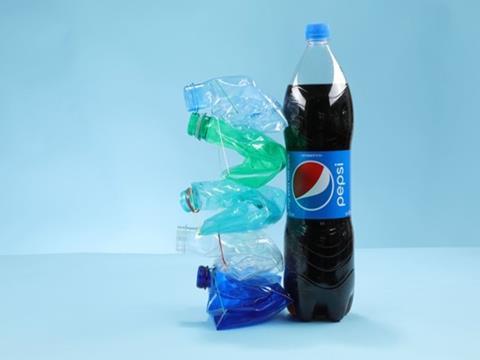 ECOAMS PLANET’s Bakbuk solution uses a recyclable elastic band to shrink PET beverage bottles, reportedly reducing the volume by 80% and lowering the transit time and expenditure associated with recycling for both consumers and companies.

The challenge of convenience

In particular, Bakbuk works well alongside deposit return schemes (DRS) that encourage consumers to bring items such as plastic bottles to recycling sites in order to earn back their deposit, which have already been successfully implemented in some countries, including Denmark and Norway. While consumer interest in such schemes appears to have increased despite challenges like the COVID-19 pandemic, recent research suggests that consumer convenience is key to introducing and maintaining a DRS.

The Bakbuk solution introduces convenience to the recycling process by enabling consumers to optimally shrink the volume of an empty beverage bottle that is 1 litre or larger. The elastic band – which ECOAMS PLANET says meets food industry and recyclability standards – helps to save storage space both in consumers’ homes and in public recycling bins, simultaneously reducing the number of trips to recycling centres required.

Bakbuk is currently patented and registered in 68 countries, including the US. The company adds that part of the patent includes an integrated system identifying the bottle’s barcode, origin, manufacturer, and amount of deposit. This identification process, which allows for scanning at recycling centres and deposit machines, is unaffected by the bottle being reduced in size.

A ripple effect of benefits

For consumers, the solution “is simple to use and efficient”, reducing the number of trips a person needs to take to the recycling bin by five, while also addressing consumer concerns over “catastrophic global plastic pollution” by enhancing their involvement in recycling initiatives. Nielsen research suggests that one in four consumers considered themselves “Very aware” of how many plastic bottles are produced and recycled annually, with 80% agreeing consumers should share responsibility.

Finally, for beverage manufacturers, Bakbuk is “a solution relevant to consumers” – helping companies to meet circularity goals through enhanced and efficient recycling opportunities, while assuaging consumer concerns over plastic waste.

Based on research conducted by Ipsos, Nielsen, and Geocartography, Bakbuk appears to have already gained consumer approval. The research included consumers in the US, Germany, Japan, and Israel.

In the US, for example, consumers responded that they would shrink over 75% of their bottles immediately after emptying them, with over half of the population suggesting they would be more likely to purchase a bottle that used the Bakbuk solution. US consumers also responded that they would be willing to pay slightly more for a bottle using the system, particularly those under 50 – although, interestingly, older consumers tended to give a higher estimate of how many plastic bottles they would shrink immediately after they were emptied.

Meanwhile, a study conducted by KANTAR in Norway – where the percentage of bottles being recycled is allegedly 97% – showed comparable results: 72% of consumers answered that they would use the solution for plastic bottles. On the issue of price, 77% of Norwegian consumers said they would buy bottles with the Bakbuk elastic bands if the price was the same, with just under half being willing to pay extra.

For different beverage types, including mineral water and soft drinks, the results were similar: two-thirds of consumers would prefer to buy beverages from companies that used shrinkable bottles as part of their marketing. Consumers seemed to view manufacturers using shrinkable PET bottles as “environmentally responsible”, according to the survey.