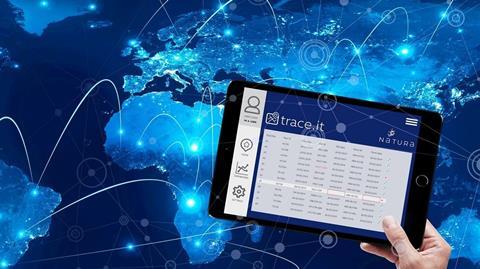 In an increasingly complex global supply chain, how can technologies such as RFID and blockchain support security , safety and sustainability from producer to end consumer? Victoria Hattersley spoke to representatives from PragmatIC Semiconductor and SATO to explore this question.

There has never, of course, been a time when product security was not important, but in today’s globalized marketplace – with all the factors that come into play – ensuring traceability along the supply chain is a more complicated, and yet vital, process than ever before. Added to this, there is growing pressure from both consumers and legislators for transparency from producers and suppliers. All of this calls for ever-more sophisticated tracking solutions.

Traceability is a factor in all sectors, but in Europe the focus from a legislative perspective – as laid out in the FMD Directive – is still heavily on prescription pharmaceutical goods.

“The system in the EU only covers prescription medicines,” says Alastair Hanlon, CCO at PragmatIC Semiconductor, “but the level of counterfeiting in OTC medicines and many other market segments is also very high and can also have very damaging outcomes. There are huge potential benefits to extending the system to more product categories. Then there are further opportunities to use the serialization for track and trace from factory to the consumer. While this is not a requirement yet (in the EU or the US), enabling track and trace will need significant investment from all actors in the supply chain.”

As others have already pointed out on this platform, the EU could do worse than follow the example of Russia in this regard. Russia has taken the long view with its trace and trace system, setting up a series of public-private partnerships and rolling it out to include an increasing range of sectors from personal care to food and drink.

“While Russia’s approach is characteristically bold,” says Alastair, “other countries have focused on prescription pharmaceuticals as the first products that require serialization and are likely to build from there. The key lesson from Russia is, whatever products you’re seeking to protect, these systems must be built with scale in mind.”

In simple terms, the two most ubiquitous track and trace technologies in use today are barcodes and RFID.  In this article, our focus will be on the latter, as, according to Alastair Hanlon, RFID has several advantages over the present barcodes on the market.

“It can be added under the label, so doesn’t require real estate on the package of a minimum size; it’s difficult to copy and doesn’t need line of sight to read. Barcodes can also easily be damaged by wrinkles or over-writing, image defects etc. Large numbers of RFID tagged items can be read in a very short period of time, making stock control/inventory checking very fast and efficient. Couple this with the software and databases that have been developed to manage RFID records, and it is an obvious choice to use this technology for supply chain traceability.”

Certainly, we have by no means exhausted the prospects for RFID and it will continue to have a key role to play within wider systems. “Where RFID’s future importance comes into play is when the technology is implemented as part of a larger infrastructure development,” says Norberto Bermudez, Product Manager Europe at SATO, “whereby the business connects their existing software, such as warehouse management system or enterprise resource planning system, to analyse and monitor real-time data to help prevent downtime or develop new opportunities.”

To improve efficiency and safety further in a wider range of end-use markets, increased functionality including smart temperature or moisture sensors could be incorporated into RFID systems. As Norberto Bermudez points out, extreme changes in temperature during transport can potentially be very dangerous.

“For example, many seafood supply chains are heavily regulated and require unique RFID technology that includes their species name on capture, so they can later be scanned by QR code into a warehouse management system to prevent mislabelling. In the pharmaceutical industry, efficient track and trace systems can help reduce monetary loss by only recalling the faulty product, rather than the entire batch. Serialized items can also be located easily to provide potential life-saving information, such as displaying expiry dates or alerting operators to counterfeiting concerns.”

Then there is near-field communication (NFC) technology – sometimes referred to as the ‘next step up’ from RFID, although the two could perhaps be best described as complementary. RFID and NRC technology can be combined to create a complete experience. It gives brand owners the ability to communicate important information about the product – and its authenticity – directly to the consumer rather than only retailers or distributors etc.

“The main driver for using NFC is that the end consumer has a reader in their pocket – their smartphone,” says Alastair Hanlon. “The reason that the vast majority of modern phones have NFC is because of contactless payment. Android phones have allowed the use of the same NFC for other applications for some time, and we are now seeing Apple allowing the use for things other than ApplePay as well. So using NFC extends the use of embedded electronics all the way through the supply chain right to the customer.”

How can traceability be extended to waste management?

But when we think of track and trace technologies we should not only consider their benefits in terms of security and consumer safety. Less appreciated is the role they can play in building a circular economy. What happens after the consumer has bought the product, and can traceability be extended to addressing the waste stream? After all, some of the biggest circularity challenges we face at the moment are related to inadequacy – or lack of uniformity – in regional recycling and waste infrastructures.

“We have several sustainability projects ongoing, for example using the technology to help track waste to ensure it isn’t fly-tipped; using it to sort waste to maximize the value of that waste and keep it in circulation; or enabling reuse models,” says Alastair Hanlon. “The area we are really excited about is how it can be used to reduce waste – for example by adding sensors and a small amount of compute, it will be possible to ensure that food has been kept in optimum conditions and remove the need for conservative sell-by dates.”

Norberto Bermudez emphasizes the impact mislabelling can have on product waste. “Essentially,” he says, “faulty labelling means the company has to reproduce the item that was mislabelled then re-transport the goods through logistics, thus generating more material waste and energy, increasing their overall carbon footprint. Track and trace technologies can help to combat these errors. For example, in the food industry, items tagged with RFID labels that later need to be recalled due to safety concerns can be individually identified and returned accurately, reducing waste and with minimal impact on carbon footprint. Our CT4-LX label printing solution is ideal for businesses looking to reduce their impact on the environment. Its RFID capabilities provide heightened flexibility for track and trace inventory management, while its increased data collection input delivers re-labelling accuracy.”

We can also expect to see the plastic waste itself being tagged with RFID, to help identify individual materials and make it easier to sort in the waste streams. The SORT-IT project by PragmatIC has been designed to do just that. And finally, we are now seeing RFID technology that is plastic-free by design and easily recyclable. Stora Enso’s ECO™ RFID tag technology that enables paper-based tags are just one case in point, but this is likely just a taste of what is to come.

Looking forward, there will be steadily increasing automation of track and trace processes – something that has already been speeded up by the COVID-19 crisis.

“Who could have imagined we could transition so quickly to online in some many aspects of life?” says Alastair. “In the past year we have seen e-commerce explode, e-health catch on, but with more of us using the internet, there are more possibilities for fraud and so traceability from source to consumer, ie. a secure and transparent supply chain, is even more important. In future there will also be more and more AI added to the systems that predict trends, for example to anticipate restocking.”

Many experts also seem to agree that blockchain will have a major role to play in traceability, as in so many things. This can be combined with technologies like the Internet of Things to automate the tracking of production, transport and quality control. It will also allow companies to share their track and trace data with customers – while preserving certain aspects of IP – in order to provide proof of authenticity and ethical supply chains.

“The advantages of using blockchain technology for supply chain traceability in e-commerce business models are clear cut,” says Norberto. “By securely and automatically storing digital assets, it offers a convenient and trusted solution to providing third-party traceability. In food packaging, consumers can now simply use their smartphone to scan a QR code found on the packaging to discover the location of where the food was sourced and learn about where it was manufactured.”

Alongside all the above, the costs of RFID tech are steadily lowering – making the most sophisticated track and trace technologies an increasingly affordable reality for many more companies of all sizes. The creation of smaller RFID chips is one promising area of development highlighted by Norberto that is helping control the bottom line.

“Not only does it reduce the cost of an RFID tag dramatically, but it also means they can be manufactured at speed to essentially get more chips for half the cost. This means businesses like supermarkets can track low-cost items such as packed fresh fruit and vegetables from farm to fork without increasing their supply chain costs.”

None of the above solutions are perfect and none can operate in a vacuum. Maintaining some acceptable level of control of supply chain security today requires the use of many complementary technologies and processes across multiple platforms along the entire supply chain. The above are just some of the most prevalent, but technology is developing all the time and no doubt in the coming months we will have more to share with you.