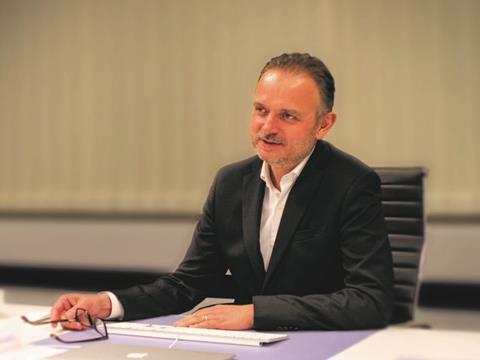 Jean-François Roche of Graphic Packaging International (GPI) was elected as the new President of ECMA on 8 November 2017.

On Wednesday 8 November 2017, ECMA held its Annual General Meeting in Amsterdam. After an unprecedented six years as president of the organisation, Andreas Blaschke formally stepped down. Mr Blaschke is a Member of the Board of the Mayr-Melnhof Group and responsible for Mayr-Melnhof Packaging.

He is the only president to have served a six-year period in ECMA’s history.   Mr Blaschke had already bid farewell to ECMA members during the ECMA Annual Congress in his hometown of Salzburg last September. On behalf of the members of ECMA he was thanked by Jean-François Roche for his leadership and dedication to ECMA, having turned the association into a well-managed and future-proof organisation.

The members elected Jean-François Roche as his successor. Mr Roche is Vice President Sales Europe at GPI and has been involved with ECMA for many years, chairing the Marketing and Communications Committee and as a member of the Executive Committee.