Digital vs physical – which anti-counterfeiting technology is best? 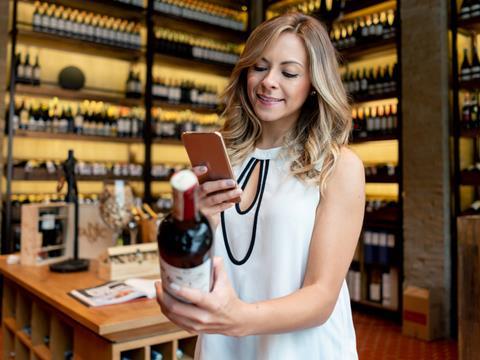 While many industry professionals will have heard of blockchain technology, most of us can be forgiven for not knowing what it precisely is. Thankfully, this technology is not as complicated as it might at first appear to be. According to Clearmark Solutions, “blockchain is essentially a way of storing and sharing information across a network in an open, virtual digital space.”

In terms of anti-counterfeiting, blockchain’s primary asset is complete visibility. “All the information from across the value chain is linked cryptographically, which is a deterrent against attempts at falsification. The information stored can include timestamps, allowing full traceability from the source,” says Clearmark.

The meat & poultry and pharmaceutical industries are key markets for blockchain, the company continues, because blockchain’s “source-to-consumer traceability allows it to allay fears about contamination and legitimacy that have previously dogged both industries.” Clearmark argues these assets could help brands in these industries restore consumer confidence following a recent spate of food and pharmaceutical scandals. And, in light of recent legislation such as Natasha’s Law and the Falsified Medicines Directive, organizations in many territories now have a greater interest in “accurately tracing their products down the supply chain”, an issue which blockchain’s inherent assets might be able to help with.

Track and Trace (and more)

Steve Tallant, Senior Director at Systech, describes track and trace as a technology that “captures and stores location information of products through its supply chain journey.”  This data can then be interrogated for point-in-time verification, and pre- and post-delivery data analytics.

Rather than being a purely digital or physical solution, track and trace blends the two. As Tallant says: “the simplest method utilizes serialized 1D and 2D package barcodes that are scanned at physical locations along the supply chain. Some companies have deployed higher-tech electronic sensor tags that can automatically record location information without scanning.”

Systech argues that also delivering a unique authentication solution makes its product stand out from the crowd. “We can evaluate micro-variations in the printing of barcodes to derive a digital e-fingerprint for the item,” Tallant says. “This means that Systech can individually identify each and every one of possibly millions of items with the same UPC code on the package,” he continues.

Much like Avery Dennison, Systech is keen to stress the practicality of its own technology. Products that use its solutions can be tracked and traced, as well as authenticated using a smartphone app in a move that, in Tallant’s view, essentially crowdsources the anti-counterfeiting process.

Track and trace products are primarily focussed on sectors in which the health of the consumer can be at risk, such as the pharmaceutical industry. However, Systech’s Brand Protection Suite, which includes these authentication capabilities, is also “actively marketed to cosmetics, wine, spirits, e-cigarettes, nutraceuticals, and other consumer products.”

What does the future hold?

Figures across the anti-counterfeiting industry agree that product counterfeiting will continue to grow over the coming years, and that futureproofing is a key way in which the industry can protect itself. Petr Franc argues that rather than asking if products can be counterfeited today, the industry should instead ask if products can be counterfeited in three years’ time. It is critical, he says, that protection producers continue to innovate in order to keep their technological advantage.

Looking ahead, it also shouldn’t be assumed that anti-counterfeiting measures are only suitable for high-value goods. Avery Dennison’s Carolina Svensson says that these solutions “will also start to be used on low-value consumer goods”.

Consumers themselves are also driving change in the supply chain. According to Avery Dennison: “Consumers are becoming more interested in and critical of the origin of packaging, leading to a need for enhanced accountability.” And, in a trend that Steve Tallant calls ‘democratization’, the industry is increasingly giving consumers greater power to authenticate their own purchases independently and simply – through the use of readily available technology such as smartphones.

The question remains though: which solutions perform better – digital or physical? The answer is, perhaps, neither – might a combination of the two provide the ultimate security guarantee? Svensson certainly thinks so, arguing that a combination of physical solutions, such as labels and seals, with digital solutions like smart labels, QR, NFC, blockchain and RFID might be the future of anti-counterfeiting.

It’s clear then that while counterfeiting threats are evolving, anti-counterfeiting solutions – both digital and physical – are rising to meet these challenges.