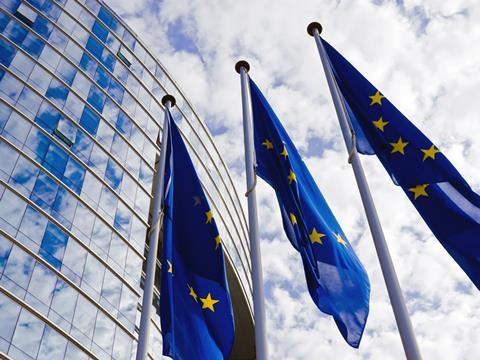 Paccor and six other plastic packaging manufacturers, united via their national trade associations, have brought an action for annulment before the EU General Court under Article 263 TFEU against the new marking specifications for single-use beverage cups wholly or partially made from plastic.

The co-applicants, Paccor, Flo, Dopla, ILIP, Aristea, Dart, and Intraplas, say they are “fully committed” to the objectives of the European Green Deal and the Circular Economy Policy and claim to have adopted various sustainability initiatives.

The co-applicants are of the view that the marking specifications for beverage cups now established by the Commission in the IR 2020/2151 are unnecessary and unsuitable to achieve the aim of the SUPD, which is to prevent and reduce the impact of beverage cups on the environment, in particular the aquatic environment, due to littering, as well as to promote the transition to a circular economy.

The co-applicants say that, despite the Commission’s analysis that plastic items represent a significant volume of marine littering, beverage cups have been found to be only 35th on the list of items most widely found on beaches.

In this respect, the co-applicants argue that the impact assessment that was made by the EU legislator prior to the adoption of the SUPD, and notably Article 7 thereof, does not address beverage cups.

Moreover, it is the view of the groups that the additional markings adopted by the Commission for beverage cups (pictograms and information phrases about the presence of plastic) are likely to mislead consumers about the correct action to perform after the use of the cup. Hence, they say that they risk being counter-productive.

The co-applicants further consider that the required written indications “Made of Plastics” or “Plastic in Product” in the respective official languages of the Member State where a beverage cup is placed on the market, fail to take into account the free movement of products and consumers on the internal market.

As a result, the groups argue that these product markings are likely to be in the language of the initial purchaser, and not that of the consumer who will ultimately be using the cup and be responsible for disposing of it responsibly. Consequently, they say that the new markings are likely to fail in achieving the SUPD’s objective of “informing consumers”.

It is also the view of the co-applicants that the markings could mislead the consumer in choosing the proper way of disposing of the cups after use, especially with regard to beverage cups made from bioplastics or coated paper. This is considered potentially “very harmful” for the recycling streams in place and ultimately for the environment.

The co-applicants are urging the Commission to promote already-existing sectoral approaches that they say prove effective, promote the right behavioural attitude of consumers and provide a sound legal environment for and with manufacturers, traders, recyclers all along the value-chain, and work together towards the circularity of single-use products that are made wholly or partially out of plastics.

A judgment from the EU General Court is expected in approximately 2 years’ time.