Why should nanoplastics be included in existing regulatory frameworks?

With growing awareness of  the environmental and health implications of nanoplastics – plastics smaller than 1000 nanometres in size – an article recently published by researchers at the University of Eastern Finland in Environmental Science & Technology has addressed regulatory concerns related to ‘intentionally produced nanoplastics’. 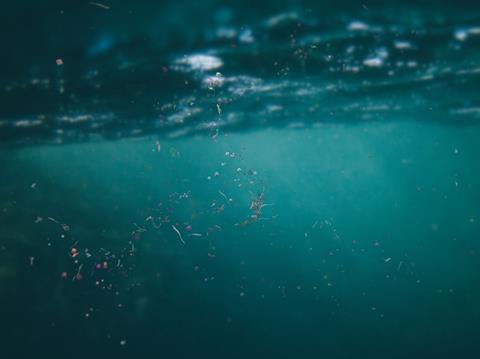 In particular, the article highlights three key policy and legislative processes that will impact the future of plastics regulation as a whole – and of micro- and nanoplastics in particular. Firstly, the European Commission is considering the restriction proposal commissioned by the European Chemicals Agency on intentionally added microplastics. Secondly, there is a discussion about how to define polymers under the European Chemicals Regulation, REACH, so that polymers are not automatically exempted from registration and submission of health and environmental safety information. Thirdly, the European Commission is in the process of revising its proposed definition of nanomaterials.

The researchers claim that there is no scientific reason not to include nanoplastics in existing regulatory frameworks as they ‘meet all the criteria of chemicals and nanomaterials’. They point out that ‘since molecular weight and particle size are interconvertible, it doesn’t matter which parameter is chosen as the basis for regulation’.

We spoke with one of the postdoctoral researchers behind the article, Fazel Monikh, to find out a little more about the dangers of nanoplastics and the need for more stringent regulation of these materials.

PE: For those unfamiliar with the subject, could you briefly explain the dangers nanoplastics present to both the environment and to human health?

FM: There are an increasing number of reports documenting that nanoplastics can enter organisms’ bodies, such as crops and aquatic organisms. Moreover, it is expected that humans are inhaling and ingesting nanoplastics continually. Most of these particles are generated as a result of plastic degradation. Scientists have tested the toxicity of nanoplastics to model organisms and found out that they can induce adverse effects in the organisms, such as reduced lifetime, reproductive toxicity, and malformation in embryos. More studies are still needed to reveal the adverse effects of nanoplastics on humans and other organisms.

PE: Why is it so important that nanoplastics are including in existing frameworks and how can each of the three possible regulatory changes mentioned in your paper impact the future regulation of nanoplastics?

Considerable progress has been made in regulating nanomaterials and plastics in general. The question is whether the current regulations can account for nanoplastics. The story here is unfortunately so typical, we researchers must show and identify the problem first and characterise the risk. After that phase we can start the discussion about how to manage the problem. In the case of the nanoplastics we are now entering the second phase.

PE: Why is it challenging to agree on a standard definition for nanoplastics?

FM: It is more complicated to be answered in few lines, but these articles (here and here) can help to understand why it is challenging to define nanoplastics. For some, the size of the particle should be a few nanometres but in which dimension; 1 dimension, 2 dimensions or all dimensions?

PE: What might all of this mean for those within the packaging industry – raw material suppliers, converters, brand owners etc – who currently contribute to the problem, whether advertently or inadvertently? Will it involve greater transparency, for example, or a fundamental rethink of the way they source and use polymers?

PE: Do have any thoughts on practical actions that players along the packaging supply chain could take to reduce the leaching of nanoplastics into the environment?

FM: Leaching of nanoplastics is inevitable. The best solution to keep a balance between the production of plastic and ecological/environmental negative consequences is to design safe plastics. Then the released nanoplastics will be of lower risk in the environment (at least with a short duration). They should also work to minimise the plastic waste that can enter into the environment, i.e. through effective and safe reuse of plastics.