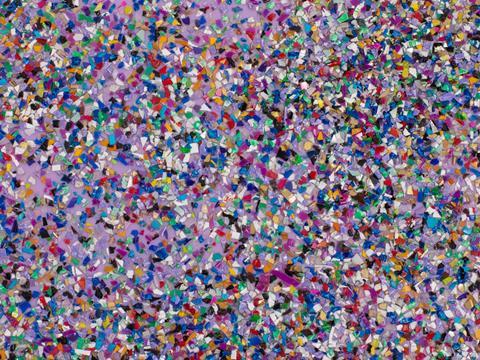 The idea of a circular economy is certainly promising, but how can we turn it into a reality? Robert Lilienfeld, founder and executive director of sustainable packaging think tank SPRING, looks into scientific theory and historical parallels in a bid to answer this question.

Do you know why communism as a political philosophy, and socialism as its economic offshoot, failed?

I believe the answer to be much easier to understand than typically discussed. All one need do is turn to the laws of thermodynamics, especially the Second Law, which describes what happens within closed environments.

Simply put, the closed environment in which socialism operated could not produce enough value to sustain itself. The commercial sector could not generate the profits, and citizens could not generate the tax revenues, needed to pay for the demands of the civil and military administrations that managed them. Further, communist countries like the USSR subsidized the administrations of its poorer allies (e.g., Cuba), further diminishing the ability to maintain its own economy.

In essence, communism was a circular system that ground itself down because of its inability to add sufficient value to the resources it used and the products it created. Further, it could not afford to invest in the outside resources needed to provide the additional products and services required to support growing populations and promised standards of living.

Insufficient input levels could not deliver the output needed to sustain the economy and thus the social and political order. Through socialism, communism literally bankrupted itself, as the fight against increasing entropy in a closed system was futile.

By inference, does this mean that the Circular Economy is simply what its detractors claim it to be: Another socialistic system doomed to fail?

If circularity is the ultimate goal, nature tells us that the answer is probably “yes”. Think of anthropomorphic greenhouse gas generation in thermodynamic terms: It is a form of entropy. Circularity might slow down the buildup of this entropy, but it will never eliminate it, as the mere existence of a circular economy will continue to generate it!

But, if circularity is part of a bigger system designed to support social existence, and even growth, while helping to return atmospheric carbon emissions to levels akin to what nature produced prior to the Industrial Revolution, the answer may be different.

There are two keys to making circularity part of long-term population growth scenarios that can support human life on Earth (at least for a while) in the quantity and quality that is generally hoped for.

First, circularity should be used as a damper to reduce the greenhouse gas-generating fuels used to produce goods and services. There is nothing wrong with using hydrocarbons and carbohydrates as the backbones of the materials we need to sustain human quality of life. Seen from this perspective, both hydrocarbon-based plastics and carbohydrate-based cellulosics are wonderful materials.

What we do not want to do is build up entropy by breaking the carbon and hydrogen bonds in these materials to generate energy, and thus produce excess greenhouse gases as a byproduct. Further, these hydrogen-carbon-oxygen compounds are finite resources that both define the overall ecologies, economies, and societies in which we live; but are also the basis for the products on which all three literally depend.

Second, we must do what communist societies did not or could not do - utilize energy resources that are not fossil fuel-based. Some of these are arguably finite, as they are planetary resources. These include wind, hydro, geothermal and nuclear power.

But one resource, solar power, can be considered to be infinite, as its unfathomable power lies outside of the Earth and its environmental, economic and social systems. In fact, without the sun’s energy production and the gravitational mass that produces it, our entire solar system would not (and someday will not) exist.

Might circularity be able to circumvent the Second Law?

British astrophysicist Arthur Eddington wrote that “If someone points out to you that your pet theory of the universe is in disagreement with Maxwell’s equations (regarding electromagnetism) — then so much the worse for Maxwell’s equations… But if your theory is found to be against the second law of thermodynamics I can give you no hope; there is nothing for it but to collapse in deepest humiliation.”

Finally, do not fall for the assurances of those who see only what they want to see, no matter how forcefully they argue their position. As Charles Darwin once said: “ignorance more frequently begets confidence than does knowledge.”

Thanks go to SPRING colleague Dr. Behrooz Ghorishi for his review and comments.