A deep dive into packaging sustainability in Ukraine 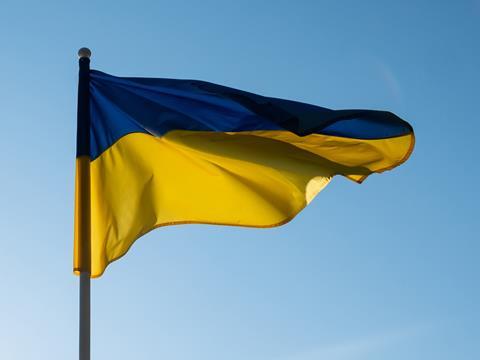 At the end of 2021, the Law “On Restrictions on the Circulation of Plastic Bags on the Territory of Ukraine” entered into force in Ukraine. The restrictions include ultralight, light up to 55 microns thick and oxo-decomposable plastic bags, which, according to the authors of the Law, cause serious problems to the environment of Ukraine. The population has already felt the effect of the Law, and the media are trying to figure out what will enforce its provisions. Unfortunately, the state did not hear from any experts or businesses during its preparation. The state does not hear them even now.

Let’s try to understand how relevant the adoption of this law in Ukraine was in terms of reducing the environmental impact of packaging waste (packages are an integral part of it).

In the Explanatory Note to the draft Law of Ukraine ‘On limiting the volume of plastic bags in Ukraine’, we read: “According to statistics, annually in the European Union - more than 800 thousand tons of disposable plastic bags are used. Every year, every Ukrainian uses about 500 plastic bags, while in the EU this figure is close to an average of 90 bags.“

Given the population of Ukraine and the EU, according to experts who prepared the note, Ukraine uses 408 thousand tons of plastic bags. And now we compare them with the data of experts, according to which the entire polymer packaging used in Ukraine is 400-450 thousand tons.

According to their data, rigid polymer packaging (bottles of PE and PET, thermoformed packaging of PS and PP, buckets, barrels, canisters, boxes with PE) together is 250-270 thousand tons, soft polymer packaging bags, big bags of polypropylene fabric, heat-shrinkable and stretch film and prohibited by law packages) - 150-170 thousand tons). The total amount of polymer bags in Ukraine is 20-25 thousand tons, or 30-35 packages per capita. But it’s not even in these calculations.

According to state statistics, approximately 11.5–12 million tons of solid household waste (MSW) is generated annually in Ukraine, of which 94% is disposed of in landfills and unauthorized landfills. Among them is almost all used packaging. Now let’s count again: all plastic bags, including banned ones, make up 5% of all polymer packaging, 1% of all types of packaging and 0.2% of all solid waste.

At a time when landfills and dumps in Ukraine are annually replenished with much-needed secondary raw materials for industry, more than 100 enterprises (according to Ukrvtorm) engaged in its processing are loaded by 60-65%. We are talking about cardboard and paper mills, glass factories, and enterprises that process polymer packaging waste. In order to download them, businesses are forced to buy recyclables abroad (Figure). In 2021, 327.1 thousand tons of waste paper, 60.1 thousand tons of secondary polymers and 31.6 thousand tons of slag were imported to Ukraine. 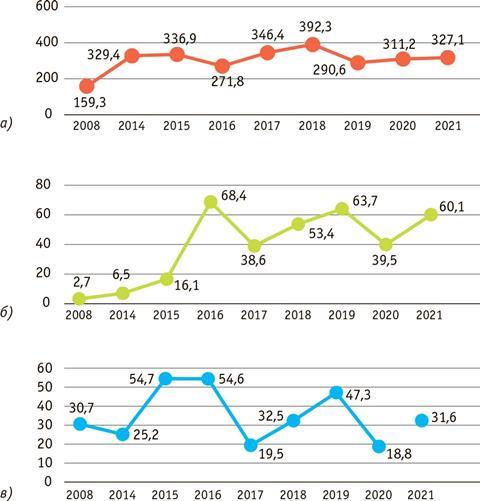 Imports of waste paper (a), polymer waste (б) and slag (в) in Ukraine, measured in thousands of tons.

By disposing of packaging waste in landfills and dumps, Ukraine not only clutters the environment, but also deprives enterprises of secondary raw materials. And this is despite the fact that the country does not have its own facilities for the production of primary polymers, cellulose, aluminum foil, high-quality tin.

The way out of this situation is to create a packaging waste management system based on separate collection and further sorting of solid waste and the economic mechanism of such a system through extended producer responsibility (RVV) for packaging waste that it uses to market its products.

In European countries, such systems have existed for over 20 years - since the adoption of Directive 94/62 / EC on packaging and packaging waste and Directive 2004/12 / EU, which complements the first. Such systems have yielded some results: the total recycling of packaging waste in the EU ranges from 50-55% in Iceland, Croatia and Hungary, to 75-85% in the Czech Republic, Denmark, the Netherlands and Belgium.

In Ukraine, the main obstacle to following a proven European path is outdated legislation. For years, the Verkhovna Rada (Ukraine’s parliament) has not considered the draft laws “On Waste” and “On Packaging and Packaging Waste”. They are based on the principles of RVV. Without waiting for their adoption, the business in 2017 launched a pilot project in Vyshgorod, Kyiv region - a kind of prototype of the organization of RVV in miniature.

And last year, according to the Memorandum of Cooperation between UKRPEK and the American Chamber of Commerce, there were plans to establish an organization of RVV, in order to encourage the Verkhovna Rada to adopt these laws.

What does Ukraine offer to the population instead of plastic bags prohibited by law? Most supermarkets are already actively using paper bags. Unfortunately, they not only cost 2-3 times more than polymer, but also lose to them in terms of functional properties. They have less strength and do not withstand moisture. In addition, their production requires 5 times more energy and 30 times more water. They are 8 times heavier, 80% more garbage than plastic bags.

An alternative to banned packages, as stated in the Law, may be biodegradable polymer bags, which are also already on the market. Here you need to make a reference to Artem Myrhorodsky, head of GreenAge. After studying numerous reports on the use of biodegradable polymers and conducting their own research, his team came to the following conclusions. Raw materials for the production of such materials are grown with a high content of pesticides, significant water consumption, and soil use.

This requires a significant amount of resources. When disposing of products from biodegradable polymers, including packages, they must be separated into a separate stream and create special conditions for their composting, which do not exist in Ukraine today. It is difficult to sort such products, because they are indistinguishable to the eye from other polymer films, especially at the streaming sorting station. In addition, if the waste of such products falls into landfills, its use no longer makes sense. Especially since such packages are even more expensive than conventional polymer.

Thus, the Law of Ukraine “On Restricting the Circulation of Plastic Bags on the Territory of Ukraine” adopted by the parliament of Ukraine will not, in my expert opinion, come one step closer to rescuing valuable polymer waste and will not stop cluttering the environment with used packaging waste. Only the adoption of the necessary legislation will pave the way for the creation of an effective system for the management of used packaging and will remove this long-outdated problem.