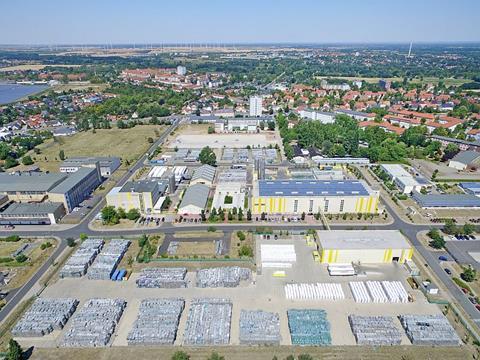 Packaging specialists ALPLA in Austria and FROMM in Switzerland – are founding a joint venture to form a new basis for their collaboration in PET recycling.

PET Recycling Team Wolfen will be dedicated to recycling the PET waste from the Gelber Sack (‘yellow bag’ – German bin for household recyclables).

ALPLA and FROMM announced their PET recycling collaboration for the first time in July 2018. Texplast, a subsidiary of FROMM Plastics GmbH, is in the processes of installing a third extrusion line at the Wolfen location, which will begin operating in May and increase the annual capacity for food-grade rPET by 15,000 tonnes.

The next step: ALPLA and FROMM are founding a joint venture, PET Recycling Team Wolfen GmbH, the aim of which is to recycle the PET bottles in the recyclables collected from households in Germany. The collaboration partners are investing €7 million in sorting and processing systems at the Texplast facility in Wolfen. The competition approval was granted, and the implementation should begin in 2019. The contracting partners have agreed not to disclose any further details.

Efficient value creation, optimised logisticsPET Recycling Team Wolfen will recycle the PET from the yellow bag, initially focusing on PET rigid packaging – most notably non-deposit food and beverage bottles as well as bottles for cleaning products. ‘We want to process the clear bottles from the yellow bag in such a way that the material can be used in the production of new bottles. We create flakes out of the coloured PET for use in the manufacture of strapping bands,’ says Georg Lässer, Head of Recycling at ALPLA.

Further developing recycling for PET traysThere’s a huge backlog for other forms of PET packaging such as trays, thermoforming films and blister packs. Examples include fruit trays, packaging for sausage and cheese, and memory cards. ‘The investment creates the conditions for further developing the recycling process for these items on an industrial scale in collaboration with the film industry. In this way, we also play an important role in achieving legal recycling targets,’ says Matthias Schäfer of Texplast. ‘We also thus ensure that we can continue to produce our PET strapping bands from 100% recycled materials.’