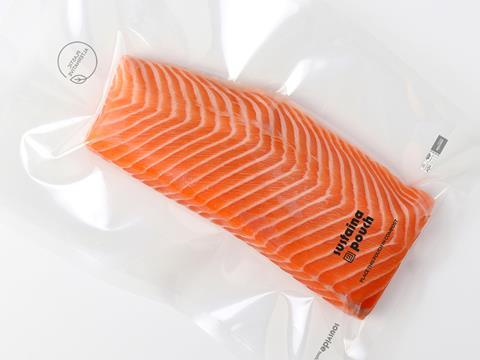 In what it believes to be an industry first, Sous Vide Tools has launched Sustaina Pouch, a range of plastic-free, compostable chamber vacuum pouches.

One of the most common concerns relating to sous vide cooking is the use of plastics, but these new pouches allow the user to dispose of them in the same way that they dispose of food – into the food waste stream, or into their home compost bin.

Made from rice, potatoes, corn, and a fossil fuel copolymer, their strength means that as well as being ideal for sous vide cooking, they can also be steam cooked, microwaved, or boiled in a pan. After use, consumers can remove any non-compostable contents and add the pack to the food waste stream or compost bin. The pouches reportedly take up to six months to disintegrate but can then be used on the garden or vegetable patch.

At 80mu (microns), the food-safe, compostable pouches are considerably thicker than a standard alternative and have been specifically designed to withstand the temperatures of sous vide cooking.

According to the company, this means that they will function in temperatures of up to 85°c for 12 hours, unlike normal pouches which would simply swell and delaminate in these conditions. The pouches also come with a globally recognised certification so the user can have full confidence in the sustainability credentials of each pack.