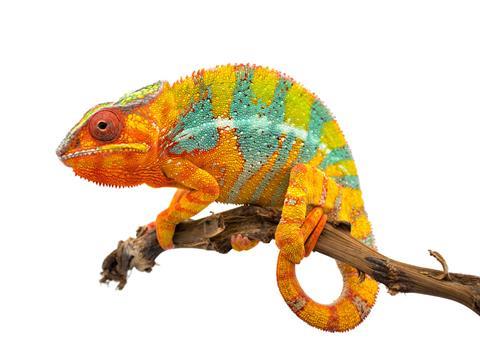 Another nascent technology may have applications from security to consumer engagement is a new spray-on ink (developed by researchers at MIT’s Computer Science & Artificial Intelligence Laboratory) that can change colours, designs, and patterns when zapped with different wavelengths of light. Called PhotoChromeleon, it was created by mixing cyan, magenta, and yellow photochromic dyes together to produce a single solution that is invisible until exposed to a very specific light array.

Each dye reacts to different wavelengths of light, so by using three different light sources, the researchers were able to selectively activate and deactivate the three different ink colours to produce specific shades, complex patterns, and even high-resolution images.

A much less remote packaging application is DataLase’s photonic printing, whereby a functional coating containing laser reactive pigment is applied as a patch, and then activated by laser systems for late stage customisation, even at point of fill or point of sale. Potential applications include personalised messages on disposable coffee cups (which appear blank until the laser magically prints the bespoke design).

As well as potential to transform security and consumer interaction, there’s a sustainability dimension to smart inks and coatings. For one thing, there’s a challenge for the printed electronics industry to maintain or improve conductivity while facilitating recyclability of materials. However, according to Eef De Ferrante, smart technologies can also play an active role in minimising waste. “Active and intelligent packaging can really help to reduce food waste and improve medical compliance – all of which can be far more impactful on the planet than a piece of dropped litter,” he said.