Sainsbury’s to roll out recycling system for flexible plastics 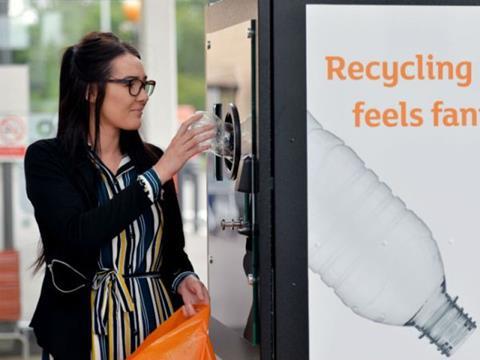 Following a successful trial in the North East of England recycling polypropylene (PP) film in selected stores, UK supermarket chain Sainsbury’s has rolled out a new recycling system to a total of 520 supermarkets allowing customers to recycle all flexible plastic packaging which is not commonly accepted for kerbside collection by local authorities.

The front of store recycling points set out to make it easier for consumers to correctly dispose of flexible packaging such as crisp packets, food pouches, salad bags and biscuit and cake wrappers which 83% of UK local authorities currently don’t accept for recycling, according to WRAP reports.