Reduction of material usage – a different path to the same goal 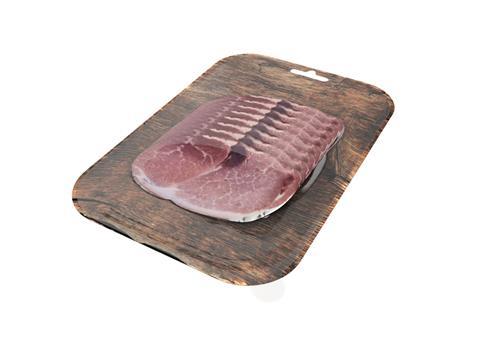 The volume of packaging material can also be reduced by the use of thinner thermoformable films. Materials can be used, which have comparable barrier properties despite their reduced thickness, and these provide the same product protection as thicker materials. By using a suitable pack design, the same rigidity and pack functionality as with thicker materials can be achieved. These design features include the use of stabilising ribs on the side walls of the pack, as well as modifying the shape in the corners and on the pack base.

Another aspect is the forming process used during thermoforming packaging. By using alternative forming methods, the material flow in the forming die can be optimised, which means that thinner materials can be used without compromising product protection. Examples of this are so-called plug assist forming or explosive forming. In the case of explosive forming, better forming can be achieved by rapid pressure build-up in the forming die, since the film material is distributed more quickly and evenly than with a standard forming system. By combining explosive forming with plug assist, this positive effect can be amplified even more, enabling up to 20% thinner films to be used while maintaining the same forming quality.

Another approach to reducing the volume of packaging material is to use a different packaging concept. Examples of this are vacuum skin packs and folded packs. When producing vacuum skin packs, the materials used have the optimum barrier properties despite the thinness of the materials, which means they provide the optimum shelf life, as well as reducing packaging volume. If the skin film is used in conjunction with a carrier material made of paper fibre, a large part of the pack can be put into the recycling stream, after the PE sealing layer has been separated from the cardboard backing. If one looks at the folded pack, this can be an attractive alternative to the traditional thermoformed pack made of rigid film, if one is, for example, packing sliced sausage or cheese – and it has a significantly smaller packaging volume. Another possibility for reducing packaging material is to run foamed materials, which have a much smaller use of plastic due to their lower density. Today, mechanically foamed APET films are available, which only have a weight of around 25% of that for compacted films.

When changing the packaging concept, it is, however, necessary to take marketing and logistical aspects into consideration, since different forms of packaging may handle and store differently, and there may also be differences in retail presentation.

MULTIVAC will be displaying a range of products at interpack 2020. Interested parties can read more about this here.