PUMA is preparing to pounce 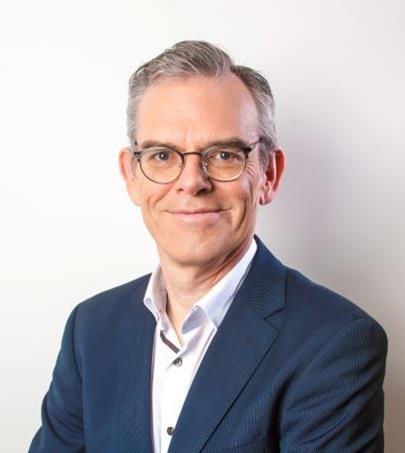 We are living through an era of dramatic acceleration of the use of packaging – and Michael Nieuwesteeg, MD of the Netherlands Packaging Centre (NVC) is on a mission to end packaging as an environmental issue. He gave Libby Munford an interactive interview amidst his musings on how we can make a positive change together.

The NVC PUMA project: Packaging Upcyclable Materials Accelerator was officially launched on 29 March 2017, whereby members of the NVC actively participate in ‘getting the job done’ by the target of 2026 by building on years of a wealth of experience.

Following up on the successful PUMA kick-off, three working groups were formed. PUMA-L addresses the legislative and regulatory framework, PUMA-O addresses the organisational aspects and PUMA-T focuses on the existing and future technologies. These groups spend time via web conference discussing what exists, what is upcoming and what should be? Due to COVID-19, the meetings are now shared live online.

Spiralling up the rabbit hole

But where do we start when it comes to putting such a complex industry and problem into context? Michael Nieuwesteeg asks me to draw a circle with a y and an x axis, and in turn I invite you the reader to take part: “Take your pencil and draw a circle. Follow the outline and go back to where you started – now you have created a two-dimensional example of the circular economy.” A simple exercise to explain the concept of how we could create a better future.

“Next use your pencil to go back and forth across the x axis. This brings to life the ‘back and forth’ concept of the circular economy. But with this 2D model, we also need a sub-circle for packaging’s residual waste. As Albert Einstein once said, ‘Everything should be made as simple as possible, but not simpler.’ The sub-circle is the giveaway of the failure of this model. We can see the ‘back and forth’ concept, but no account for residual waste, or ‘downcycling’.”

Michael Nieuwesteeg elaborates that if there is a symmetrical view, then there should also be the concept of ‘upcycling’. Hence, the conception of the Packaging Upcyclable Materials Accelerator.

“We don’t want to push any previous models away, but we aim to create deeper insight and accelerate the effect of doing good.” PUMA is set on the trajectory of a positive spiral. “We really want to make a change in how we all work together, all of us.”

During the interview, Michael Nieuwesteeg is drinking an iced tea from a glass bottle. He uses it as a prime example to explain the concept further in layman’s terms, “Although the material (glass bottle) as a noun doesn’t change in its meaning – physically and thermodynamically the bottle is not the same after I have consumed its contents. I’m looking at the same glass, but it’s not the same as it was 30 minutes ago. In the time shift, therein comes the spiral concept. You are rewriting your circle a little bit later in time.” PUMA is a movement: “It waits until the opportune moment, and then it pounces.”

Every second, the world packs 300,000 products, resulting in 300,000 emptied packs per second. As a result, packaging as an activity, for example, is eight times larger than Google, which processes around 40,000 searches per second worldwide. The increases in prosperity and growing world population are leading to further growth of packaging worldwide. For a sustainable future of packaging on this scale, it is an absolute requirement that an end is made to packaging as an environmental issue.

To this end, the PUMA Manifesto offers a holistic, coherent vision of the activity of packaging and the materials used for that purpose in the front-end, back-end and collect & control phases. In addition, the PUMA Manifesto is a shared source of inspiration and cooperation, supported by NVC as a leading, transparent and reliable association of internationally oriented companies that are willing to take their social responsibility when it comes to packaging.

"Packaging an environmental problem? So we have to get rid of that!" The packaging sector finally seems to be moving towards the end of packaging as an environmental problem worldwide 25 years after EU legislation was introduced. The fourth annual PUMA meeting was held on 25 March 2020 with more than 70 participants from all over the world (live online), and the PUMA Manifesto will be introduced online on 6 May 2020.

Michael Nieuwesteeg states that we have invented most of the problems we have created ourselves in the last 25 years. And today, we are seeing the detrimental effects of this.

Next, he uses a Rubik’s cube as an analogy of how we can solve the environmental issues surrounding packaging.

In the past couple of years, I have been witness to a scrabble of ideas and hasty decisions made within the industry to mitigate the problem. However, short-sighted ‘changes’ do not have significant, universal, long-term impacts needed to make a momentous positive change to our future. What is striking is how long the NVC has spent deliberating over a course of action, before putting it into motion.

With a Rubik’s cube, you can scrabble around and make changes to no avail, if you don’t think ahead. “However, if you watch an expert - they take their time, investigate, and plan ahead. Then the winning outcome can be achieved in record time,” says Michael Nieuwesteeg.  “Finding the solution takes time. It needs care and thought, like raising a child. PUMA aims to give confidence to the industry, then together we will hopefully make the right decisions. And perhaps when we emerge from this coronavirus pandemic, there will be even more weight added to the fact we must all work together for a better future.”