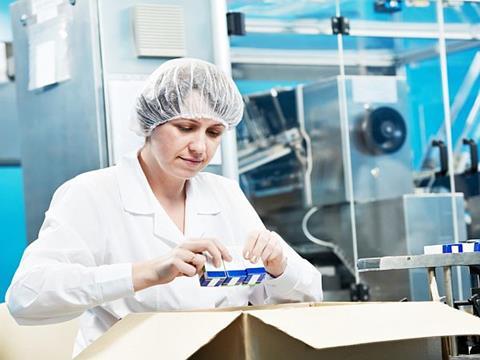 The EU Falsified Medicines Directive (EU-FMD) has been front-of-mind for pharmaceutical companies since the countdown to the legislation coming into force began in February 2016. This was when the delegated regulation that set out the details of the Safety Features requirements were first published. The impact of applying the Safety Features, in particular serialisation of every pack, is wide-reaching and effects all parties in the pharmaceutical supply chain. One sector which has faced some unique challenges from the legislation are Parallel Importers (PIs)

We at Excellis Europe have had a close eye on what EU-FMD means for the pharmaceutical industry and have been working with various stakeholders to develop solutions and systems to ease the transformation process. Initially, we observed that the focus of EU-FMD activity was with manufacturers and their in-house assets. Later, there was a shift in focus to the manufacturers’ extended supply chain participants, such as contract manufacturing organisations (CMOs) and wholesalers. More recently there has been impact on the manufacturers’ logistics service providers or 3PLs. The need to focus on changes within the extended supply chain has been something Excellis Europe has emphasised since the countdown to compliance began.

We also observed something of a ‘scale effect’ with the larger manufacturers and their supply chain partners generally implementing first. However, many smaller and medium sized companies were later to act and now, in the final rush to compliance before 9 February 2019, many of these companies are still in the process of implementation. Under the banner of ‘manufacturers’ we not only find the originator manufacturers, but there are also Parallel Importers (PIs) who repackage pharmaceuticals. These are small, but important companies that often play multiple roles within the supply chain. It became clear that specific assistance was required to enable these often complex companies to continue to operate after EU-FMD.

PIs have their own obligations within the EU-FMD legislation, and these obligations are more complex than that of the mainstream originators. PI companies are often relatively small with limited resources. They typically procure product from regulated EU wholesalers, so they must first carry out the risk-based verification of the product against the European Medicines Verification System (EMVS). During the process of repacking they have to decommission the originator product for repack and update the so-called ‘repack buffer’ in the EMVS; this repack buffer is then consumed as the PI company uploads their new product pack data for their repacked product. During the process of repackaging, the product is given a new Global Trade Item Number (GTIN), new batch number and a new unique identifier.

PIs play an important role in the pharmaceutical supply chain, and the Government have confirmed that this role will be protected next year, with or without a Brexit deal. The British Association of European Pharmaceutical Distributors (BAEPD) are the UK trade body for PIs, and as a stakeholder in SecurMed, the UK National Medicines Verification organisation, they have a responsibility to ensure that their members meet EU-FMD compliance measures. Having recognised the challenges that PIs faced by the EU-FMD, and in 2017, BAEPD engaged with Excellis Europe to review the situation and suggest a strategic approach. Although the BAEPD members had no history of collaborating on a project, it was decided that the companies should work together on a serialization project led by Excellis Europe. As a leader in serialization, we understand the needs of the pharmaceutical supply chain, and the impact serialization and traceability requirements have on all participants. A such, we were perfectly suited to provide the consultation needed for this complex project. We were invited to work with the group to define their requirements, identify a provider and implement a common compliance solution to suit the needs of each individual company.

From the outset, we adopted a fully collaborative approach to the project, and made sure that the interests and objectives of all parties involved were identified and addressed. We kicked off the project with an initial survey of member companies, interrogating pain points and areas of concern in terms of process. This resulted in the development of a high-level view of PI processes which could be used to form the basis of a ‘statement of requirements’. In response to this, the BAEPD created a core project team with members selected from approximately half of the member companies to further identify/refine requirements and to propose suitable solutions.Immediately, it became clear that the sector faced a common problem - many serialisation solutions were available in the market, however none of them addressed the specific needs of the PI sector

The factors that needed to be considered included:

A further complicating factor for us was the need to work with multiple companies, each with their own challenges and objectives. Whilst the essential PI business process is common across all companies, there are detail differences, and these needed to be understood and addressed. Despite this, the project was an opportunity to, not only implement serialization, but improve business operations, reduce risk and increase operational effectiveness, largely through the adoption of aggregation for internal operations.

Following the detailed requirement building phase, we worked to identify a suitable vendor. Excellis Europe put together a User Requirements Specification (URS) and using our knowledge of the industry, generated a list of likely vendors. The URS went to the vendors and we ran a formal vendor selection exercise. We had to find the right vendor to match the specific culture of the PIs. After a rigorous assessment process, we found a vendor that had the components of a solution that would work, but equally importantly had the right cultural fit and excellent knowledge of the EU-FMD requirements and EMVS. Following a period of extensive development and piloting, the PI consortium are now rolling out the serialization solution. This solution is now being implemented across the BAEPD consortium, and across the wider membership which has grown during the time of the project as more PIs seek to gain access to this solution.

Goods batching process has been a risk for PIs - the current manual processes have worked effectively but do present a possible risk of mixing up batches of incoming product. This new serialisation solution is utilised to remove the possibility of any such mix up. Another benefit to PIs is that the companies are choosing to aggregate incoming product into their internal inventory - they have uniquely identified containers and they know which serial numbers are in which containers. This means that they can find specific serialised packs much more quickly (they know which container they are in), and it also means that they can assign the serial numbers of re-pack orders for example by container, they don’t have to scan the product into each re-pack order.

Excellis Europe were able to bring unique expertise to the project to ensure successful delivery:

•    Firstly, we demonstrated in-depth expert knowledge of the EU-FMD regulations and how they impact all stakeholders in the pharmaceutical supply chain.

•    Secondly, we displayed creativity and innovation in finding a fit-for-purpose solution which met the regulation required.

•    Finally, we delivered specialist project management capability to work with a consortium of customers while understanding and managing their different requirements.

The PIs have responded enthusiastically to the project and have been keen and willing to share their operating practices, and to align on a methodology that is reflected in the new design. During the project, PIs have also learned a lot about the wider requirements of the project, which has helped familiarise them on other aspects of implementation - not just about the technology of the solution.As a result of this project, Excellis Europe are now in an unrivalled position with regards to our unique knowledge of the PI business, allowing us to work with other PI trade bodies in other countries. We are now working with a group of Dutch PI companies through their trade body VES on developing a similar solution.

The EU-FMD regulations undoubtedly create complications for all organisations throughout the pharmaceutical supply chain. However, by understanding the individual concerns of Parallel Importers, we are delighted to have developed a collaborative solution that has simplified and eased the transition process for those involved. This represents a significant step toward for this group in terms of securing their future in the industry after 9 February 2019.